LONDON 9 March 2020: A+E Networks® UK has commissioned Fired Up Films in Belfast and London-based Krempelwood with funding from Northern Ireland Screen, to producea new 5x60’ series, Lost Relics of the Knights Templar, to be broadcast on HISTORY® in April 2020.

Until today, no major items belonging to the Knights Templar – the medieval Special Forces of Christendom, made famous by The Crusades – have ever been recovered. Hamilton and Carl believe; however, they have at last discovered what everyone else has been looking for: a treasure trove of artifacts which reveal who the Templars were, how they worshiped, and why they were targeted, imprisoned and wiped out by Papal decree, in 1307.

The show will premiere on HISTORY in the UK, Ireland, Sweden, Norway, Denmark, Finland, Netherlands and Belgium in April 2020.

Lost Relics of the Knights Templar 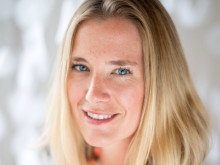