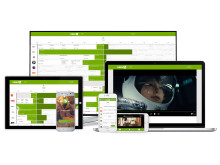 Swedish broadband and TV provider Sappa launches the first TV Everywhere service on Magine's streaming platform in their home market Sweden. Sappa partnered with Magine, who provide end-to-end managed services and solutions on a global scale, to create a TV Everywhere service that addresses the multiplatform needs of their existing customer base in Sweden.

The Swedish streaming television platform Magine AB (www.magine.com/global) has announced the agreement with a Beijing-based digital TV system integrator and operator to build, launch and operate an Internet-based video streaming system for the Chinese market. In parallel with this, Magine has established the Magine Asia Unit, based in Hong Kong.

The agreement comprises the establishment and operation of an internet platform to provide both video-on-demand and linear content streaming to over 100 million households. The Beijing based company has active businesses in a number of provinces in China, and close cooperation with some of the largest TV stations and operators there.

The Swedish startup Magine is a pioneer within the international TV streaming market. With consumer services in Scandinavia and Germany since 2013 and with new partners operating in Asia, the Middle East and North Africa, Magine is building the fundamentals of the TV Superhighway, offering a global OTT platform and an ecosystem for content providers and distributors in all parts of the world. The company has offices in Stockholm, Berlin, London and Hong Kong. 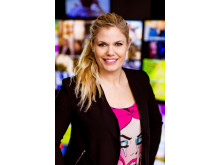 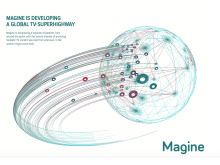 Magine (www.magine.com) is pleased to confirm its attendance at MIPTV (stand R7K3), where the company will be introducing what it calls the ’TV Superhighway’: a global network of distributors and content providers, liberated from the traditional constraints of territory or geography.

Magine (www.magine.com) is pleased to confirm its attendance at MIPTV, where the company will be introducing what it calls the ’TV Superhighway’: a global network of distributors and content providers, liberated from the traditional constraints of territory or geography: https://vimeo.com/160748675.

The company has also announced significant global expansion, with plans to provide its platform to third-party content providers in 20 countries by the end of this year via the TV Superhighway. Earlier this week, Magine confirmed a global distribution deal with SPI International/ FilmBox, that will allow the Swedish cloud-based platform to sub-license several of SPI’s channels to local distributors within the Magine global network. This follows the acquisition of Plejmo, the largest streaming service for movies in the Nordic region, in late 2015. Earlier this year, Magine TV Germany also started to provide standalone premium pay TV content in mini bundles, for the first time in Germany.

Magine has entered into a distribution deal with SPI International/FilmBox that will allow the cloud-based platform to sub-license several of SPI’s channels to local distributors within the Magine global network. The channel line-up within this agreement includes, FilmBox Arthouse, FightBox, Fast&FunBox, DocuBox, FashionBox and 360TuneBox, offering Magine’s international partners access to a wide range of content including movies, documentaries, sports, fashion, and music.

There is already significant interest in this content amongst Magine’s network, with leading Thailand-based cable network CTH having already negotiated the rights to distribute this English-language film and sports content in its local market. It was announced in October 2015 that Magine would power CTH’s OTT offering, and this latest development demonstrates the increasing potential and scope of such partnerships.

Ambuj Goyal, CEO of Magine, comments: “Magine is committed to breaking down global distribution barriers: there is an inefficiency in the market as it exists today, and a desire in viewers for international content that is not being met. This partnership with SPI/FilmBox is one of the first steps on the journey towards more accessible television for both audiences and distributors across the world.”

“We are extremely pleased to make our channels available across Magine’s TV network. We are confident that our channels will appeal to the viewers served by the network’s partners as we deliver a diverse and top quality programming offer which caters to a vast range of viewers’ interests,” said Loni Farhi, CEO and President of SPI International.

With its head office based in Stockholm, Magine launched commercially in March 2013 in its native Sweden, and in Germany in April 2014, hosting some of the world’s best known brands and channels in each territory, including Discovery, Fox, Nickelodeon, CNN International, BBC, Eurosport, and National Geographic, as well as channels from key national broadcasters. In August 2015, Magine also launched a beta service in the UK. In early 2016, Magine revolutionized the German TV market through offering stand-alone premium TV content (an alternative to the traditional ‘bundled’ model). New market roll outs and partnerships are planned throughout 2016.

As one of the pioneering European companies in cloud-based TV aggregation, Magine is also developing different ways to support partners in new and growing markets, offering a range of dynamic working models from pure white label services, to joint commercial ventures. With three years of operational experience in some of the most advanced consumer TV markets in Europe, Magine is able to offer its platform to TV industry stakeholders in new markets on a global scale. Magine is developing a ‘TV Superhighway’: a global network of distributors and content providers, liberated from the traditional constraints of territory or geography.

SPI International/Filmbox is a global media company operating more than 30 television channels on five continents with over 45 million paid subscribers.

SPI is one of the biggest aggregators of native 4K/Ultra HD content in the world. SPI uses the latest technology providing subscribers access to SPI’s linear and on demand content including live streaming of 4K/UHD programming and FilmBox channels on any Internet-connected device via major global streaming media players as well as local OTT providers.

For over 25 years, SPI International has been a leading supplier of theatrical films and television programming in the international market. SPI’s solid alliances with major license suppliers provide compelling content, with strong recognition and high demand. www.spiintl.com 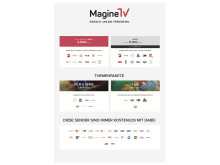 Magine TV has acquired the assets of film2home AB, which runs the Swedish film service Plejmo, the largest local independent streaming service for movies in the Nordic region. Plejmo is a VOD service where new films can be streamed soon after cinema release, and before they are available on subscription services such as Netflix.

“Our assessment is that independent movie-streaming services have a tough time as a stand-alone local player, but in the right context, and on an international platform, there are great possibilities,” says Ambuj Goyal, CEO of Magine TV. “Magine TV is a cloud-based TV service for both live and catchup content, and with all the new opportunities for a personalized TV experience. It is a natural next step to complement our TV offering with a service that offers movies and series on demand”.

For current Plejmo users the service will continue as before, and Plejmo will still be led by Ulrika Lindwall and members of the Plejmo team.

“Through this transaction, we have acquired a great team specialized in TVOD, who in due course can support a successful integration of streamed movies on-demand within the Magine offering”, continues Ambuj Goyal.

Headquartered in Stockholm, Magine TV is a pioneering internet-based TV company, offering a personalized TV experience across multiple devices, in an innovative and accessible way, and in full partnership with the industry.

Magine TV is available commercially in Germany and Sweden. The company has an open Beta running in the UK, and new markets, new partners and updated features in the service will be announced later in 2015.

Magine TV (www.magine.com) announces the appointment of Dr Ambuj Goyal as CEO. Mattias Hjelmstedt, the former CEO and founder of Magine, continues to serve as a member of the Board.

A member of the Magine TV board since May 2014, and the company’s President and COO for the last nine months, Dr Goyal has driven the transformation of Magine into a highly innovative and efficient television business. Over the past months, Ambuj has overseen significant investment in innovation and tech development within the company, with a significant focus on industry partnerships. Dr Goyal has an extensive background in leading and revolutionizing technology-driven businesses, having held a number of pivotal roles during a 31-year career at IBM.

Headquartered in Stockholm, Magine TV is a pioneering internet-based TV company, offering a personalized TV experience across multiple devices, in an innovative and accessible way, and in full partnership with the industry.

Magine TV is available in Germany and Sweden, with new markets, new partners and updated features in the service to be announced later in 2015. 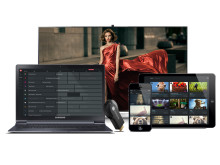 Magine TV gets personal and reveals TV for me 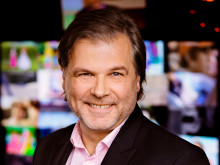 Magine connects video content to audiences in every corner of the globe. Whether you’re looking to make the leap into OTT and create a video streaming solution, or are ready to expand into new markets on our global distribution network, we work with you to deliver live or on-demand video to viewers everywhere.