Norwegian today reported its full year and fourth quarter 2019 results. Year on year, unit revenue increased in nine consecutive months, driven by maturing routes and the optimization of Norwegian's global route network. The punctuality has improved considerably during the past six quarters, and in the fourth quarter 2019 it was up 3.1 percentage points to 82.6 percent.

Figures were negatively impacted by the global grounding of the Boeing 737 MAX aircraft and ongoing Rolls Royce engine issues. The net loss was NOK 1,609 million in 2019, while the underlying operating result before ownership costs doubled to NOK 6.5 billion.

In 2019, Norwegian secured significant financial milestones that further strengthened the airline’s move to profitability. The internal cost-reduction program #Focus2019 delivered on target with cost reductions of NOK 2.3 billion for the full year and NOK 444 million in the fourth quarter. In addition, the company has postponed aircraft deliveries, sold aircraft, sold its shares in Norwegian Finance Holding and sold its domestic operation in Argentina as well as raised new capital to strengthen the liquidity.

At the same time, 2019 was a challenging year for the industry marked by a tough trading environment. Significant costs caused by the global grounding of the Boeing 737 MAX and the ongoing Rolls Royce engine issues on the Dreamliner fleet meant the company was forced to wetlease additional aircraft to avoid cancellations and delays throughout the network.

The company’s total revenue in 2019 was NOK 43.5 billion, an increase of eight percent compared to 2018, driven by improved unit revenue and increased ancillary revenue per passenger. Norwegian’s shift in strategic focus from growth to profitability resulted in a production growth (ASK) of one percent while unit revenue increased seven percent. The load factor was 86.6 percent and more than 36 million customers chose to travel with Norwegian.

For the fourth quarter, underlying operating result before ownership costs (EBITDAR excluding other losses/gains) improved to NOK 436 million compared to a loss of NOK 118 million in Q4 2018. Total revenue was NOK 8.9 billion, representing a seven percent reduction in revenue driven by capacity reductions and route optimization across the network. However, the revenue reduction was more than offset by lower operating expenses. In Q4, production (ASK) decreased by 19 percent, while a 16 percent improvement in unit revenue and eight percent higher ancillary revenue per passenger countered much of the capacity reduction. More than 7.5 million customers chose to travel with Norwegian this quarter.

“2019 marked a new flight path for Norwegian as the company changed its strategy to move from growth to profitability. We have achieved our initial goal to save NOK 2.3 billion as part of #Focus2019 and concluded several positive financial milestones. The focus of returning to profitability will continue as we focus on Program NEXT to build a strong, sustainable and profitable business to benefit our customers, employees and shareholders,” said Chief Financial Officer of Norwegian Geir Karlsen.

“Throughout 2020, we will turn challenges into opportunities as we remain committed to offering greater choice to customers, contributing to a sustainable aviation industry and refining our products and services. Norwegian has changed the landscape of low-cost travel and as a company we will continue to change and adapt to continue attracting both business and leisure customers,” said CEO of Norwegian Jacob Schram.

Thanks to Norwegian’s young and more fuel-efficient fleet, 1.7 million metric tons of CO2 were saved in 2019 compared to the industry average. At the same time, 40 percent of the total CO2 emissions were offset through EU’s emissions trading system. Since its launch in December, 123,000 customers compensated their carbon footprint using the partnership between Norwegian and the climate-tech company CHOOOSE during the booking process.

Norwegian is a listed company on the Oslo Stock Exchange and is one of the largest low-cost airlines in the world, operating 500 routes to 150 destinations in Europe, North Africa, Middle East, Thailand, the U.S and South America. In 2019, Norwegian carried more than 36 million passengers. Norwegian has almost 11,000 employees and a modern, more environmentally friendly fleet of more than 170 aircraft with an average age of just 3.8 years. Norwegian has been voted ‘Europe’s best low-cost carrier’ by passengers for six consecutive years from 2013-2018, along with being awarded the ‘World's best low-cost long-haul airline’ for five consecutive years from 2015-2019 at SkyTrax World Airline Awards. The company has twice been named the most fuel-efficient airline on transatlantic routes by the International Council on Clean Transportation (ICCT). 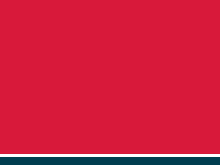 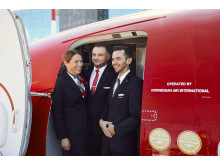 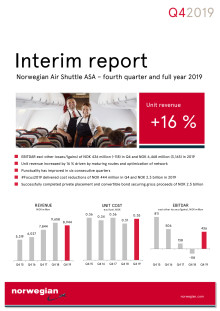