Bemannia signs agreement with Stockholms Hamnar AB regarding staffing of reception and office services in the harbour’s main office in Frihamnen. The agreement runs from the 2nd of April 2012 to the 11th of March 2014.

Stockholms Hamnar works to develop Stockholm as a living and modern maritime city for inhabitants, trade and industry as well as tourism. The assignment includes promoting the shipping and securing the region’s goods supply. Stockholms Hamnars’ vision is to be the leading link between the district Mälaren and the rest of the world as well as presenting the best choice of transportation for their customers.

-It was with great joy we received Stockholms Hamnars allocation decision to assign Bemannia as supplier in the procurement of reception and office service. We will now have a very rewarding contract and will participate in Stockholms Hamnars project and their future vision, says Staffan Bruzelius, general manager at Bemannia.

Bemannia is a public and Swedish owned manning and recruitment company that supplies competent and qualified staff by rental, recruitment and staff contracts within Organization & Leadership, PR & Information, Market & Sales, Finance, Law, HR & Staff, Real Estate & Technique, IT & Data as well as Office & Administration. Since earlier, Bemannia has a frame agreement with 33 municipalities and some 100 administrations, companies and authorities all over Sweden. Bemannia is a member of Bemanningsföretagen and is an authorized manning company with collective agreement with Unionen and Akademikerna. Bemannia is quality assured according to the Quality management system ISO 9001:2008, Environment management system 14001:2004 and Work environment certified according to OHSAS 18001:2007. The company management has been active within the trade for 30 years. 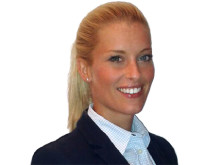