The story of A Moment of Clarity is not yet a year old. We released this Session IPA as the official GBG Beer Week beer for 2017. After its success in the market, on export and at the Swedish monopoly Systembolaget during 2017, we are incredibly proud to announce that it has now qualified into the standard assortment in over 100 stores throughout Sweden, as of the 1st of March.

When we were asked to brew the official GBG Beer Week beer for 2017. We were only following in the footsteps of one of Sweden’s best ever beers. In a bit of a homage to Stigbergets GBG Beer Week 2016, we named our beer A Moment of Clarity, once we realised the task at hand.

Because GBG Beer Week is a grassroots driven initiative, for the people, by the people, we wanted to honour this by creating a beer that was very drinkable and accessible to everyone. We settled on Session IPA on 4,7%.

According to Ratebeer, the term Session IPA describes a category of beers marketed for their hop-dominant flavour profiles at “sessionable” levels of alcohol. This class of beers arose in 2010 out of the Craft Beer Tradition as a reaction to the trend of increasingly strong beers and greater public appreciation for hoppier profiles around the globe.

Our version is inspired by the New England IPA craze of the past two years. Brewed with a tremendous amount of Oats and Wheat to deliver a full bodied, but not a particularly sweet beer. It contains excessive amounts of Citra & Mosaic Hops, to deliver fruit bomb of a beer you can drink anytime.

Our Moment of Clarity has a Hop aromatic taste with a gentle bitterness, Mango, Passion Fruit, Grapefruit Peel, Pine Needles and Pineapple.

A Moment of Clarity was released on the 16th of March 2017 at an exclusive event at the our Brewery Tap Room followed by more than 50 pubs and restaurants in Sweden, that same night. The following day, Friday 17 March, the beer was available in the exclusive assortment at Systembolaget. All of those cans sold out very quickly and we placed it back into the local assortment which meant consumers could buy the cans on the shelf at the ten closest stores to the brewery, or order them per can to their closest store. 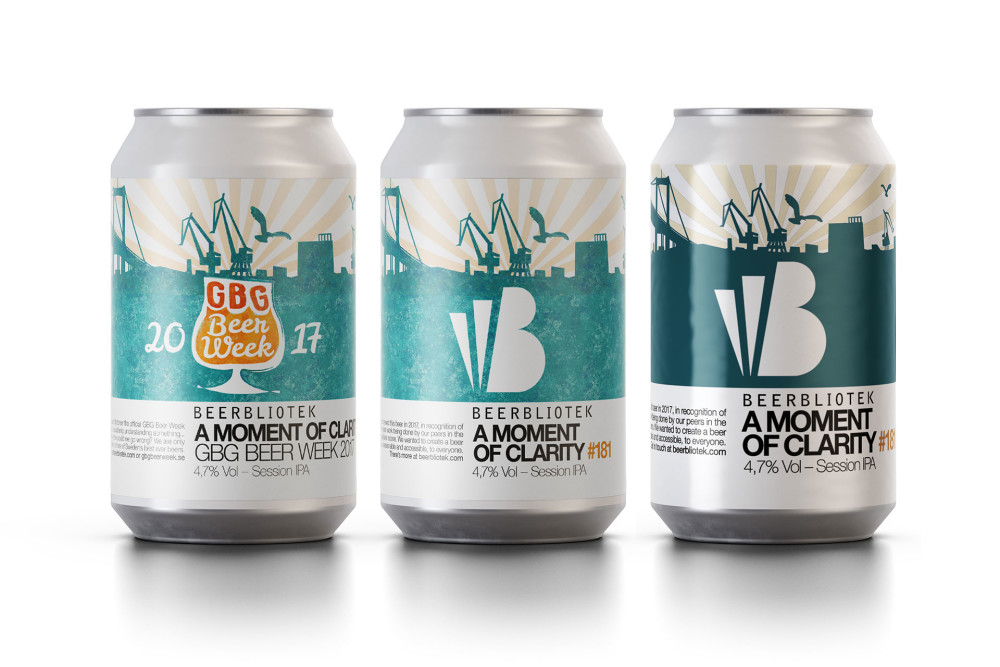 This is the first time one of our beers has qualified into the Standard Assortment across so many stores in Sweden. So we’re very excited to see what the future holds for us.

Within the first few months, after A Moment of Clarity launched, it rated very highly on Ratebeer, which is considered the world authority on beer ratings. Since then it has remained in the top 25 best Session IPAs worldwide, and number 1 Session IPA in Sweden. 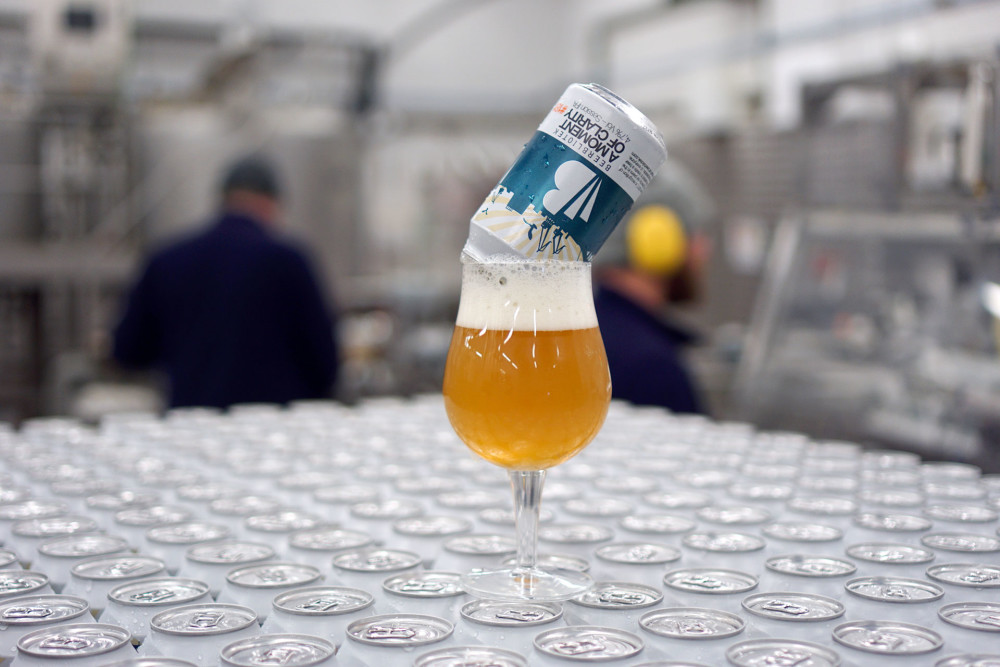 Gothenburg is often called Sweden’s most interesting Beer city. The goal of GBG Beer Week is to get the city’s beer culture to flourish even more. In a week during April we all pay tribute to the diversity of this new “Beer-Sweden”, and of course, everyone’s invited.

Here in Gothenburg, everything fits together, big and small, locally and internationally, wide and narrow. The idea is to set a movement in motion, with events organised by breweries, importers, restaurants and pubs, which inspires the entire city to ferment in new flavours and rich experiences. The culmination of the week is the Gothenburg Beer & Whisky Festival which attracts over 18,000 visitors over two days.

It is absolutely amazing that there is one such week, where everyone who loves beer can gather; says Adam Norman, head brewer at Beerbliotek

Each year a different brewery in Gothenburg is asked to brew the official beer for GBG Beer Week. The style & recipe is up to every individual brewery. The first brewery that was chosen was Stigbergets in 2016, who responded with a New England style IPA, Beerbliotek followed in 2017 with a Session IPA. Dugges is up next in 2018, and they have selected a Strawberry Sour.

Beerbliotek. A little about us.

We’re a Craft Brewery in the cultural heart of Gothenburg. Our brewing philosophy is to build an ever expanding beer library. In 2017 we ended up brewing 28 new beers as well as brewing our 200th beer overall. The idea is to create a beer library (‘bibliotek’ is Swedish for library – hence the name). We try to be a little bit more like a home brewer, which also means we get to dig into our beer archives from time to time and revisit recipes we remember fondly. 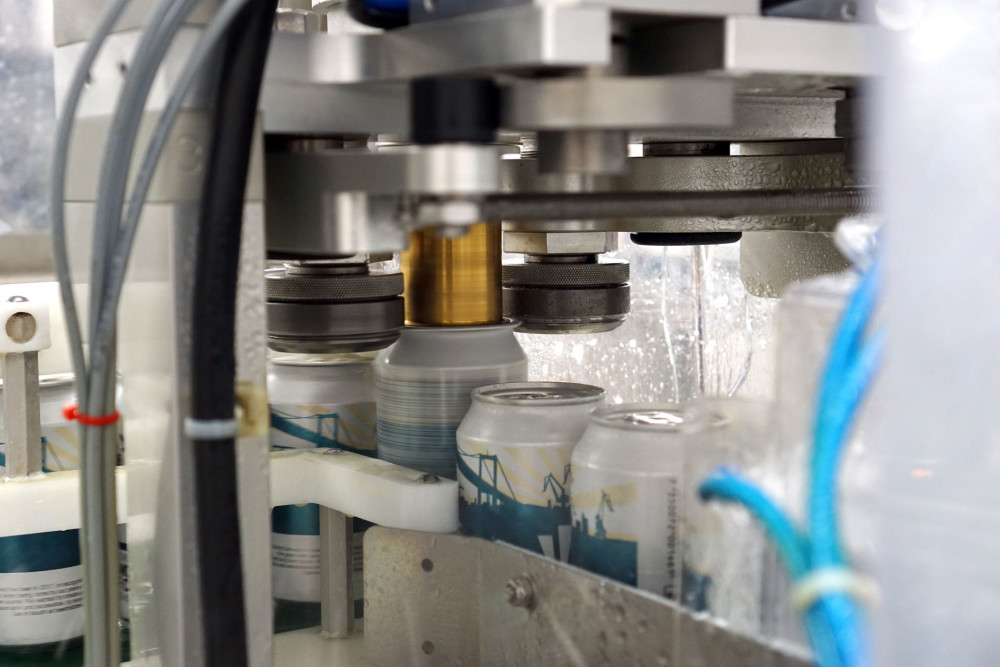 During 2013 we brewed 40,000 litres and during 2017 we’re aiming for between 450-500,000 litres. We’ll be spending some more time at our Sour Brewery, adding more exports markets, releasing more beer at Systembolaget.

Since 2013 we have exported, and in 2018 we have reached 20 markets, with Norway, UK, Denmark and Finland the biggest.

Our strategy for Systembolaget in 2017 was also to release a new beer in the assortment every month, and we released 9 new beers during 2017. This has helped us get a larger variety of our beers to a wider audience in Sweden. We’re aiming to keep our Systembolaget assortment at 10 beers as we rotate certain beers out, to make space for the new ones. 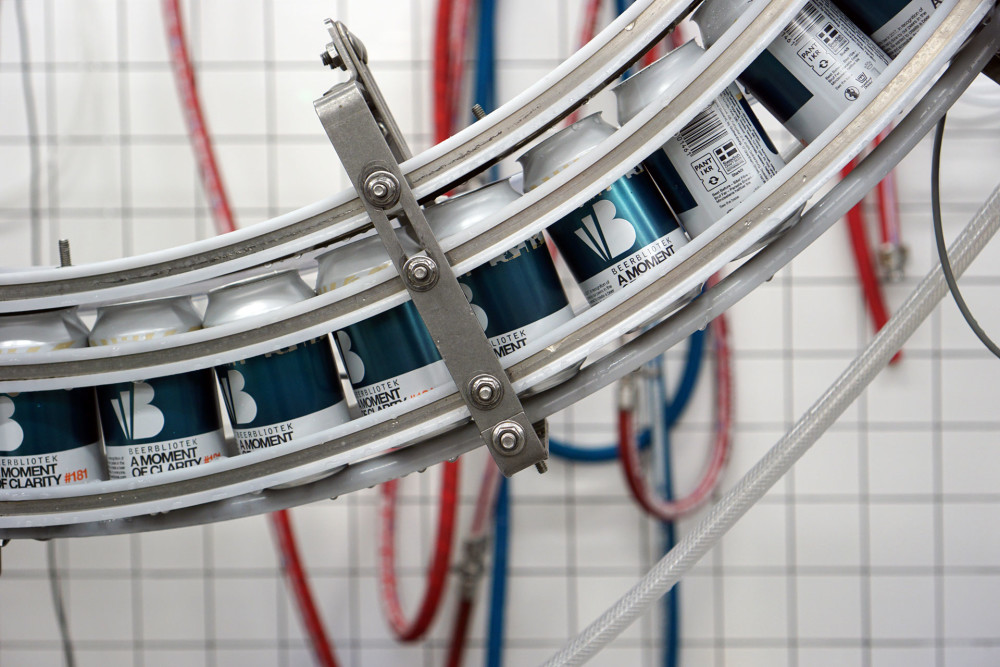 In 2018 we’re aiming for one a month, with Black Ale Chilli out first for our birthday in February. Second out is the updated “A Moment of Clarity“, which will be on the shelves of 100+ stores throughout Sweden. There are two more new beers planned for May and June releases. The amount of beers we have at Systembolaget locally will stay constant at around 10, with some rotating out as we release new ones.