The world-leading crane manufacturer Cranab from Vindeln is now launching the next generation of cranes for forestry machines. Considerable potential for intelligent steering, sensors and world class versatility are just some of the watchwords for the new programme. The world premier will take place at Skogsnolia 2011 between 16-18 June, when the cranes will be presented for the first time.

The creation and development of the new generation have taken place over the course of two intensive years. And the results will not be long in coming, with an extensive list of new features contained in the new generation.

The opportunities offered by sensors and intelligent steering represent some of the most exciting new features. Cranab will also be presenting an improved lifting geometry, a new protected hose routing and a new brake solution between crane nose and rotator.

"Users will recognise all the high-performance characteristics that were there before, but we have also developed a great many new attributes," says Micael Olsson.

Throughout all the development work, the needs of the market have been central. Functionality, ergonomics and service-friendliness are top of the list.

"We have polished up the driving properties and the pleasant driver's environment. And the opportunities offered by sensors and intelligent steering, which entail less adjustment for the driver, are incredibly interesting," says Micael.
Examples of the use of sensors may include active end position damping and control of the co-rotating driver's cab in conjunction with the crane's slewing movement.

Cranab has made preparations for the use of sensors in the slewing motor, main boom, outer boom and telescopic boom.

"We know that this is the future, and an area that will expand rapidly on the market. The way these sensors will be used is a blank sheet, and we believe that the market will develop solutions for this," explains Micael.

First to be launched is the medium-sized range of forwarder cranes. The cranes being launched have the designations FC 6, FC 8, FC 10 and FC 12. The first cranes are currently undergoing field tests, and mass production will commence in 2012.

Cranab's products, cranes and crane-tip equipment for professional mechanised forestry have been designed, manufactured and sold since the early 1960s. Equipment for clearing vegetation along roads and power lanes is produced under the Slagkraft brand. In addition to the domestic Swedish market, products are also sold to a number of countries right around the world. 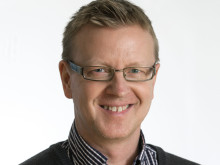 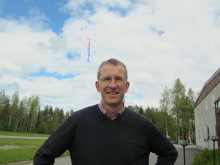 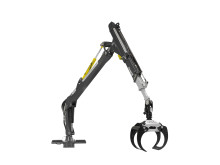 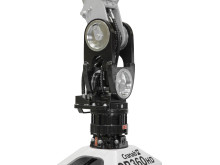 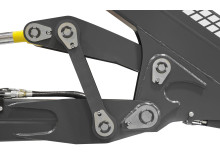