ABOUT AL DI MEOLA¨S NEW ALBUM: ALL YOUR LIFE

Like millions of other American boys growing up during the 1960s, guitarist Al Di Meola was forever affected by seeing The Beatles on the Ed Sullivan Show back in the era of black & white TV. His early encounter with the Fab Four lit a passion in him and may be directly responsible for the New Jersey native first picking up the guitar. “Had they not existed, I probably would be, who knows...a fireman today or some other job,” says the celebrated guitarist. “And beyond just me, they changed the whole world. There is no music in my lifetime that made as huge an impact on the world like that of the Beatles. What they did to modern pop music in the ‘60s changed everything.”

Nearly 50 years after the first wave of Beatlemania washed onto Stateside shores, the six-string superstar returns to his early roots in paying a personal tribute to that seminal influence with All Your Life. A virtual one-man show of virtuosity, All Your Life features the guitar great interpreting 14 familiar Beatles tunes in the stripped-down setting of strictly acoustic guitar. On some tracks, like “In My Life” and “Because,” he overdubs three guitars to get the rich, shimmering textures and intricate patterns created on his signature Al Di Meola Conde Hermanos nylon string guitar, his Gibson steel string guitar and a 1948 Martin acoustic. Others like “Penny Lane,” “I Am The Walrus” and “I Will” utilize two guitars while “And I Love Her,” “Blackbird” and “If I Fell” utilized a single guitar track. All the percussion heard throughout the recording is Di Meola himself slapping the wood body of his instrument or strumming muted strings for percussive effect.

All the tracks are imbued with the guitarist’s signature flamenco flourishes, intricate arpeggiating and dazzling cross-picking. Only one track does he employ other musicians (a dramatic reading of “Eleanor Rigby” that features a string quartet). Recorded in analogue at Abbey Road Studios in London, where the Beatles created most of their records during their heyday, All Your Life stands as a triumph in the long and illustrious career of a bona fide guitar hero.

“I’ve come full circle with this,” says Di Meola, who was inducted into Guitar Player’s Gallery of Greats in 1981 after four consecutive wins as Best Jazz Guitarist in the magazine’s Readers Poll. “I started out my life loving the Beatles, and I never stopped, just like a lot of so many other guitarists from my generation. In the middle, we all went into whatever music we pursued in our careers -- fusion, jazz, whatever it might be. We all wanted to further our craft. But when you come back to the Beatles’ music, it’s like, ‘Man, this stuff is still happening! All of it!’ And there’s not a day that goes by that we’re not somehow touched by the Beatles, whether it’s a story online or something we hear. It’s almost every day that we see some connection in our lives with the Beatles.”

Back in the ‘70s, Di Meola blazed the fusion trail with supergroup Return To Forever and with his own powerhouse Latin-tinged fusion group. He focused on the purity of acoustic guitar during the early ‘80s with a trio of international virtuosos in Spain’s flamenco master Paco de Lucia and British-born founder of the Mahavishnu Orchestra, John McLaughlin. For the past 20-plus years, Di Meola has been courting a

different muse with his World Sinfonia, a dynamic group that blends world music elements and also specializes in interpreting the work of Argentine tango master Astor Piazzolla. The acoustic All Your Life follows on the heels of Di Meola’s 2011 recording, Pursuit of Radical Rhapsody, which incorporated everything from Argentinian tango to Spanish flamenco to Middle Eastern and North African music and included an electrifying interpretation of The Beatles’ “Strawberry Fields Forever.”

Di Meola says that playing that Beatles tune on his last album may have triggered something. “I thought, ‘Why stop there?’ These tunes are so familiar and beloved by everybody. And to be able to record them at Abbey Road Studios was really special. Being there, I felt like a kid for the first time since I was a kid. It’s an amazing place, like going to Disney World at five years old. Between that and getting to meet Paul McCartney last summer while I was preparing the record...the whole experience and what it meant to me is like a dream come true.”

Di Meola’s serendipitous encounter with the ex-Beatle was a personal highlight for 2012. As he explains, “I had already recorded three tunes at Abbey Road and decided to rent a house for Labor Day weekend in the Hamptons, with the idea of working on arrangements for the rest of the pieces out there. And as I finalizing the deal with the realtor to rent this house, he tells me, ‘Oh, by the way, your next door neighbor is a famous pop star.’ And when I found out it was Paul McCartney, I got chills. So my wife and I drove out there and as we’re pulling into the driveway, there he was pulling out of his driveway right next to mine. No security, no nothing. And he was driving an old Ford Bronco. We finally got to meet on the third day. I saw him pulling out of the driveway and said hello. He rolled down the window and we talked for a while. I told him I was recording at Abbey Road, and all the time I’m thinking, ‘Here I am, talking to Paul McCartney! What the hell!’

No doubt McCartney would be impressed by Di Meola’s personal interpretations of the 14 Beatles tunes featured on All Your Life. “The idea was to keep it simple,” says the guitarist. “Things always sound better when they’re not cluttered together. Essentially, I wanted to include all the syncopation in there while trying to keep the essence of the tune in tact in terms of melody. There’s been a lot of jazz guys who have done their own interpretations, but there’s usually so much reharmonizing and altering of the melody that you would never even know that it’s a Beatles tune. And I did not want to do that. My intent was to bring in the sophistication through rhythm as opposed to altering of harmony, which really would take the prettiness away. I wanted to preserve the beauty of these tunes.”

While he says that certain tunes like “She’s Leaving Home” and “I Am The Walrus” were relatively easy to execute, others like “Penny Lane” and “Michelle” were extremely difficult. “Some of this stuff was as hard to practice and get right, in terms of the way that I syncopated it, as anything of Piazzolla’s. Even though you could view the Beatles as more simplistic music, it’s in the way that you approach it. And some of them were really tricky.”

The release of Di Meola’s All Your Life is the culmination of his own personal magical mystery tour. “This project is a lifelong dream, long overdue and immensely fulfilling!” says the guitar great. He plans to follow up this summer with a “Beatles and More” tour featuring his World Sinfonia augmented by string quartet. 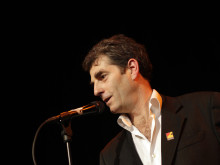 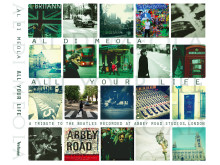 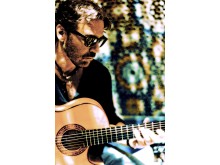 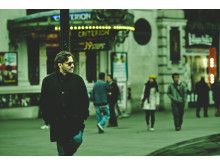 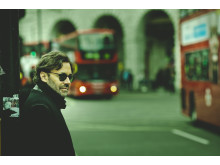 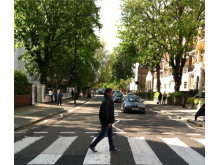