Earlier this month, Trustly Head of Marketing Stefan Backlund took the marketing stage at e-commerce Helsinki 2016 to discuss lessons he’s learned from building out his organization and tackling his team’s biggest challenge: How do you market a growth company with a limited budget?

Speaking to an engaged crowd, Backlund explained the evolution of brands and how to make things move quicker. It’s crucial, he said, to understand how your customers perceive you. “All companies want to be a superbrand, but it takes a lot of work to get there,” he added.

When Backlund joined online banking payments company Trustly from Klarna in April 2014, he was the sole member of the marketing team. “I realized early on that it would be important to build a team for the future, not just a team for today,” he said. In the past 12 months, he’s grown his team to 12 people, including a project manager, digital and partner marketers, web developers, market intelligence analysts and more.

With an all-star marketing team in place, Trustly hopes to become that superbrand for e-commerce. To do so, the team has developed aggressive marketing plans, based on four lessons in creating compelling content that they’ve learned along the way.

After Trustly inked a partnership with PayPal in 2014, the company began to see hockey stick growth. To build on that momentum, Trustly wanted to do something fun. “We printed our timeline on 40 hockey sticks and sent them to news desks and journalists,” said Backlund. “Trustly was barely known to media at the time and this was a great way to kickstart our relationship with the press.”

Backlund even went as far as to call the secretary of Sweden’s Minister of Enterprise, Annie Lööf, who supported small business and was at the time campaigning for re-election. “I asked if we could come by and deliver a ‘present,’ which was initially met with much skepticism. But we sent over some sketches and explained our idea. As a small company, we knew we were a good match with Annie,” he said. A few days later, Lööf’s secretary called back and scheduled 20 minutes for a meeting with the Minister. “It was a huge hit on Twitter and even the opposition tweeted about it,” he boasted.

“The lesson here is that you can have a big impact with little means. All you’ve got to do is ask nicely,” Backlund said.

Stefan Backlund, Head of Marketing at Trustly smiling together with Sweden's Minister of Enterprise, Annie Lööf, when the company began to see hockey stick growth in 2014.

In a daring exploit leading up to the Nordic eCommerce Summit in Stockholm, Trustly plastered a green banner over a bridge under which expo attendees had to pass to get from the subway to the venue. The banner read, “Instant bank payments. Bridging the gap in e-commerce.” Climbers dressed in Trustly green repelled down from the bridge to attract even more attention. “Overall, it wasn’t very expensive — maybe €2,000 — but it made a big impact,” Backlund said. “We got 100% share of voice outside of the venue by doing something bold and brave.”

Last month, Trustly attended Mobile World Congress, the world’s largest mobile expo held in Barcelona, which brings together leaders and newcomers in the industry. The team created a highlight reel following the show, which involved other companies and welcomed their expert opinions to make the content more interesting. “We built on each other’s success and it was great to align ourselves with established Swedish names like Ericsson,” Backlund said.

See the video below:

As a young startup, it’s tempting to try to explain everything, Backlund said, but you run the risk of confusing your audience — or worse, boringthem. Instead, simplify your message. (“Simplify” has always been one of Trustly’s core values.) As your brand evolves and your audience becomes more familiar with what you do, you can communicate more while saying less. Backlund then shared a new video Trustly created that echoes its emphasis on simplicity.

“Sometimes, less is actually more,” Backlund joked, as he abruptly ended the presentation. 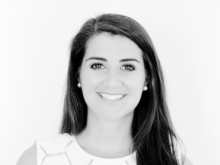