Zimpler join the ranks of companies like iZettle, King and Tink and pledges allegiance to Swedish gender equality network TechEq. TechEq is initiated by MTGx, Netlight, Tieto and Tritech with the goal to change the IT industry from a white, bearded clump to something that’s a little less monochrome and have a few more x-chromosomes. As a member Zimpler commits to three seemingly simple rules

To actively strive for a more equal representation between women and men within our organization.

We promise to share our work, methods, insights, and results, to others with the same aspiration.

We promise to dare to count the distribution of women at different levels within the company and to not settle with a general approximation.

This is a natural step for the company which has made it it’s core value to cater to the well being of both customers and employees.

“We joined Techeq because we believe that collaboration is key to accelerate the work that has to be done to increase diversity and equality not just in tech but in society as a whole”, says CEO and co-founder Kristofer Ekman Sinclair.“We want to make sure that the culture and the way we work is unbiased. There is a lot of work to be done, seeing that some departments and the board of directors is 100 % male. Obviously that’s a sign that we haven’t met the standards that we have set for ourselves. Being a part of TechEq will help us get there faster”. 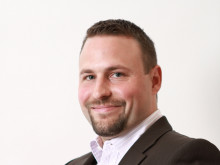