The track comes with a top notch music video produced by Mikko Miettinen together with Petri Mäkitalo and a nu-disco remix by super-hyped producer Koobra. Additional electro and progressive remixes by U4Ya, Tommi Oskari & Tero as well as Spiritus & Asper.

“We are so excited about this release – we’ve seen a rare support of the single already before its official release and can’t wait for it to hit the charts next month” –says Håkan Ludvigson, A&R manager at Clubstream.

The single has already been picked up by a number of blogs worldwide as well as major radio stations including NRJ and leading Finnish dance station Basso. 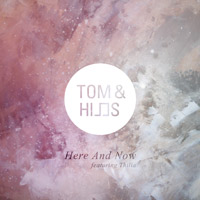 The EP is coming out on the Swedish dance label Clubstream Pink, part of the Gothenburg based record company Substream. The release is available from today on all major download networks, including iTunes, Spotify and Beatport. Interviews or promos for review can be requested from Substream using the contact information below.

Substream is an innovative music company and one of Sweden's top label groups for electronic music. Our main office is located in downtown Gothenburg of West Sweden. We made industry headlines in 2005 and 2006 pioneering alternative payment and licensing models for digital music. Today we manage a catalog of 3000 tracks and our nine labels: Substream (electro-pop), Mareld (leftfield electronica), Dansant (dance and upbeat pop) and the Clubstream label group (6 labels from house to techno and dubstep). We also own one of Sweden's most renowned mastering studios.