My name is Sheikh and I have recently been funded £895 from Aspire Grants to buy rollers for my racing wheelchair. I am very grateful for the money and I am writing to express thanks and also to tell you a little bit about what I have been doing over the past few months.

Last year I competed in the London Mini Marathon in April and won the race in a time of 12.41 which is 10 seconds away from the course record set by Daniel Lucker. I found that this was possible due to a new chair and training nearly every day, as I knocked off 3 minutes exactly from last year's time. I was awarded a trophy by Sir Richard Branson and later on recieved my Flip video camera, which was awarded to the winners of the age groups.

After competing in the Marathon I was not done yet as the next weekend I travelled to Stoke Mandeville Hospital where I took part in the 100, 200, 400, 800 and 1500m races in the Inter Spinal Unit Games. I set personal bests in all my events! At the end of the day everyone was very pleased with my performance, especially my coaches, as they noticed a very big improvement since I have been training more often and as my new racing chair has made a huge difference.

After racing in Stoke Mandeville I had to travel to Knowsley in Liverpool where I was racing over the weekend. There were athletes from all over the world and it was a very tough competition. I participated in the 100, 200, 400, 800 and 1500m and I set some personal bests in the 200m and 400m. Unfortunately I was disqualified in the 400m as my wheel touched the lane marking.

Most of all I enjoyed the 4x400m relay as in our team we had Mickey Bushell, Daniel Lucker and William Smith. We managed to come fourth which was fantastic as we were racing against adults from Australia, Canada, Germany and Thailand. I was really pleased with myself as I was the last one racing in the group and I was against Marc Schmiking who is a very fast German racer but it took him 200m from the start to catch up to me and when he crossed the line in front of me he was only 5-7m ahead which I was surprised at - I pushed really fast!

I would like to say 'thank you' to Aspire for helping me to purchase my rollers and I will update you soon with more of my races!

Prior to publication, it must be approved by Aspire. 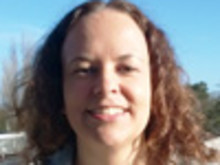