The principal trustee of a charity, who attempted to steal over £100,000 in a Gift Aid tax relief fraud, has been sentenced after an investigation by HM Revenue and Customs (HMRC).

“This was a despicable crime that saw Sellassie use the identities of innocent taxpayers to steal from the nation’s finances, while pretending to support vulnerable people overseas with serious health issues. He thought he could abuse the Gift Aid system to greatly enhance his lifestyle without getting caught. He was wrong and will now pay the price for his criminal actions.”

African Aids Action Limited’s stated aim was the “relief of people suffering from HIV, particularly those from Africa and the Caribbean, by providing a confidential mother tongue counselling and advice service and by improving access to HIV and AIDS treatment in Africa.”

The charity was de-registered by the Charity Commission and removed as a charitable organisation three days after Sellassie was arrested by HMRC in September 2013.

1. A photograph of the defendant is available on request or from HMRC’s Flickr channel www.flickr.com/hmrcgovuk

Eyob Ghebre Sellassie, DOB 05.01.69, a British national originally from Eritrea, of Snowdrop Court, Lower Mardyke Avenue, Rainham, Essex, was sentenced to 15 months in prison, suspended for two years on both of the two counts. He was disqualified from being a company director for five years.

Sellassie was found guilty following a four day trial, on two counts of fraud by false representation under the Fraud Act 2006.

3. Gift Aid tax relief can only be claimed on donations received by a UK registered Charity from an individual if:

donors have paid enough tax on UK income or Capital Gains tax to cover the amount a charity will claim.
the donation takes the form of a sum of money. donors have signed a Gift Aid Donation form confirming they want the charity to claim Gift Aid tax relief on the donation.

4. The charity uses the donation in accordance with its charitable objectives. 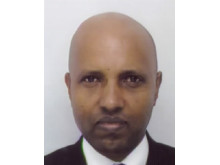