A gang of five men, who met at roadside cafes and used free public Wi-Fi to try and hide their £10 million cigarette smuggling ring, have been jailed for 16-and-a-half years.

The men, from across the North West and Yorkshire attempted to import three large freight consignments of illegal cigarettes from Europe and China, describing them as mattresses and automotive parts on Customs paperwork to try to evade detection.

Ringleader Raymond Hughes, 57, of Aughton, Lancashire, held regular ‘business meetings’ in a roadside cafe and other locations that offered free Wi-Fi in a bid to avoid being caught.

HMRC even found a text message between the fraudsters claiming “nothing can be traced” because they used public Wi-Fi to communicate and track their illegal imports.

The gang used the internet to create fake businesses, aliases and contact shipping companies to give the impression of trading in other goods. Despite using free Wi-Fi and disposable mobile phones, HMRC traced many of the fake emails and false identities to the men’s home IP addresses and personal mobiles.

“Hughes lived in an expensive house, drove a Porsche Cayenne and travelled the world, but he never declared any legitimate income or business trading to HMRC. He operated a criminal network to smuggle, transport, store and sell illegal cigarettes and tobacco, purely to evade tax. This was a serious attempt on an industrial scale to steal millions of pounds from the public purse and undermine local businesses.

“In our work to create a level playing field for all businesses and taxpayers, we urge anyone with information about the trade in smuggled or counterfeit tobacco to contact our 24-hour Hotline on 0800 59 5000. If you’re ever offered cheap or dodgy-looking cigarettes or tobacco, call us – don’t let the crooks get away with this type of fraud.”

He claimed to be the boss of Ray Sport Ventures, a company based in Singapore that imported teddy bears, razorblades and computer parts from China. HMRC investigators found Hughes had not declared any income for several years despite an affluent lifestyle and regular worldwide travel.

The other jailed gang members were:

A sixth man, Adrian Davidson, of Leeds, was spared jailed after he admitted his part in the smuggling ring. He used an alias at a bank in Yeadon to transfer money to pay to shipping agents for the smuggled containers. HMRC found £17,000 in cash hidden under his floorboards along with paperwork for visas and travel abroad for Hughes and others. Mobile phone evidence also connected him to Feldman.

The amount of Excise Duty evaded in this case is estimated at £10,199,650. HMRC have started confiscation proceedings to recover the stolen tax from gang members under Proceed of Crime legislation.

1.The men were charged with being knowingly concerned in the fraudulent evasion of Excise Duty under the Customs and Excise Management Act 1972.

2.Raymond Hughes, dob 24/7/59, of Elmsfield Park, Aughton, Lancashire, pleaded guilty to the evasion of Excise Duty on 19 September 2016, the first day of his trial. He was jailed for six years for his involvement in the cigarette smuggling ring and six years for his role in a second tobacco smuggling gang. Both sentences to run concurrently. Contact HMRC Press Office for details of the smuggled tobacco seizures associated with Hughes second jail sentence issued on Friday 9 December 2016.

6.Stephen Sheard, dob 6/12/63, of Minshull New Road, Crewe, Cheshire, was found guilty at trial on 5 October 2016 of two charges, and was sentenced to three years jail per charge to run concurrently on 21 October 2016.

7.Adrian Davidson, dob 26/9/51, of Crow Trees Park, Rawdon Leeds, entered a guilty plea and was sentenced to 30 months imprisonment suspended for two years at Manchester Crown Court on the 4 November 2015.

8.The three importations associated with this gang include: 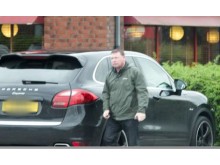 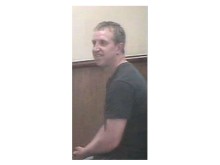 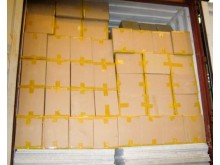 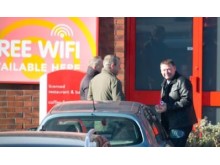 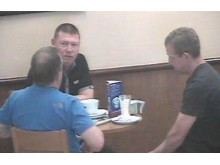 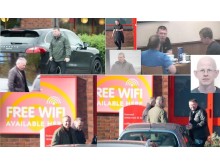 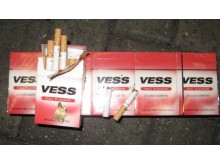 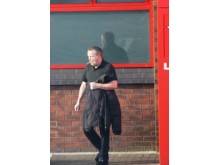 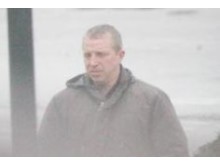 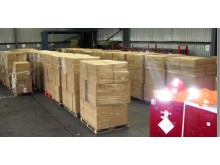 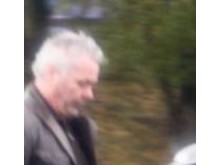 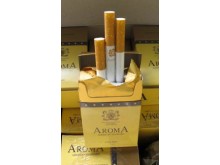