Four members of a Southampton-based organised crime gang, who stole more than 3,000 identities in an attempt to defraud at least £2 million of Income Tax repayments, have been jailed.

The four men, all Eastern Europeans who live in Southampton and London, played different roles in the fraud against HM Revenue and Customs (HMRC) by submitting false Self Assessment tax repayment claims using stolen and hijacked identities.

The gang stole the identities of people who answered their classified adverts offering the possibility of work, and also created identities based on contact details found in other classified notices. Those whose identities were hijacked were mainly Polish people living in the UK, often London-based builders and construction workers looking for work or advertising their business services. The gang’s fake adverts appeared in a UK-based magazine aimed at Eastern Europeans.

One of the gang, Lyubomyr SYTAIYLO, had been a tax agent. After he turned to crime a number of unsuspecting people who contacted him for tax assistance also had their identities hijacked and used by the fraudsters.

“This was a blatant, highly-organised attack to defraud the UK tax system of vast sums of money using the stolen identities of unsuspecting people. During our four-year investigation we discovered the gang hijacked at least 3,000 different identities in an attempt to claim money they weren’t entitled to.

“HMRC officers, working closely with local police forces, were able to stop over £1.3 million claimed by the fraudsters being paid out. Tackling organised crime is a priority for us and we ask anyone with information about people involved in tax fraud to contact the Tax Evasion Hotline on 0800 788 887.”

After an identity was chosen, the fraudsters would fly friends and acquaintances from Lithuania into the UK to open bank accounts and create taxpayer identities in hijacked names. When their job was done these identity mules were allowed to return home.

The gang attempted to claim at least £2 million from HMRC, but over £1.3 million was withheld when officers checking repayment claims became suspicious. The true extent of the fraud and number of identities stolen may never be known, but it is estimated that the gang carried out at least 1,300 separate attempted fraudulent attacks on HMRC.

The court heard that Lyubomyr SYTAIYLO and Ruslanas BOBROVAS ran the fraudulent operation. Besik ZVEIBA managed the operation and controlled the identity mules brought into the UK. Kardo ANDERSON was responsible for assisting the people who entered the UK and ensuring the accounts were opened.

The HMRC investigation began after Dorset Police uncovered an apparent fraud factory in Knyveton Road, Bournemouth, in February 2009, as part of a separate operation into a bail offence. Police found evidence including a number of Eastern European identity documents and hundreds of HMRC forms in different names.

Joint HMRC and Dorset Police enquires followed, with officers searching the then home of Lyubomyr SYTAIYLO in the exclusive Sandbanks area of Poole on 5 June 2009. SYTAIYLO was not at home, but evidence uncovered at his rented Dorset address suggested he was in charge of an organised crime gang.

The fraud took place between January 2006 and August 2011. The court heard that during the period of the fraud there were threats made between gang members.

“This was a large scale conspiracy to cheat the revenue over five years. It was not particularly sophisticated, it was nonetheless outrageous. It was straightforward in concept, but needed a great deal of planning.”

“This case is one in my view of serious organised crime.”

Two other people were found not guilty of all charges on 2 July 2013. A seventh person arrested in March 2011 failed to answer bail.

1.  Kardo ANDERSON (30.05.87), an Estonian national, of Radley Terrace, London E16, and previously of Mansel Road East, Southampton. He has used the aliases Fjodorov, Saulonen and Maslekov.

·  His role was to escort the identity mules who travelled to the UK to open bank accounts. He speaks a number of languages and various Russian dialects.

·  He was found guilty at Southampton Crown Court on 2 July 2013. After the verdict Anderson admitted two charges of possession of a false identity document with an improper intent, and one charge of possessing articles (bank cards) for use in fraud.

·  Anderson was jailed for three years for the conspiracy and 12 months for the false documents on 20.08.13. Sentences to run consecutively.

2.  Ruslanas BOBROVAS (21.02.76), a Lithuanian national, qualified boxing coach and bouncer, of The Birches, Southampton. He recently worked on a manufacturing company production line. He has used the aliases Russell, Ruslan Sluzbyn, Lauras Visockas and Zydrynas Zvincklys.

·  His role in the fraud was to hijack identities and recruit identity mules to open bank accounts. He helped Lyubomyr Sytaiylo run the fraud.

o  Conspiracy to cheat the revenue, contrary to Section 1(1) of the Criminal Law Act 1977 (Count One).

o  Being concerned in arranging and facilitating the acquisition, retention, use or control of criminal property, contrary to Section 328(1) of the Proceeds of Crime Act 2002. (Count Two – transfer of cash.)

·  He was found not-guilty of count two at Southampton Crown Court on 2 July 2013.

3.  Lyubomyr SYTAIYLO (23.06.74), a British citizen and tax agent. Most recently known to live in London. He was born in the Ukraine and has used the alias Gorsecnikovas.

·  He was the brains of the operation and ran the fraudulent taxback scheme. He also created identities and controlled the books of identities used by the gang. Prior to 2006 SYTAIYLO ran a tax consultancy business in London, assisting Eastern Europeans to claim back overpaid tax.

·  Over the period of the fraud he moved between a number of addresses, including a rented property in Dorset’s exclusive Sandbanks area, a flat in Poole and a rented home in Westminster, London.

4.  Besik ZVEIBA (23.08.71), a British citizen and local businessman, of Arundel House, Kent Street, Southampton. He was born in Georgia and is known as Beso. He has used the name Abashidze.

·  His role was to manage the operation and control the identity mules brought into the UK to assume the hijacked identities.

7.  Anyone with information about tax fraud can report it online at www.hmrc.gov.uk/reportingfraud/online.htm 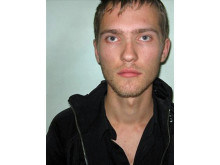 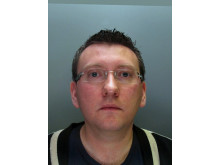 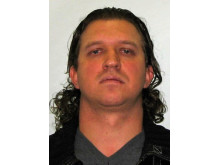