A London couple who ran a criminal money laundering service from their family-owned bureaux de change have been stripped of cash in offshore bank accounts, jewellery and property to repay more than £1.2m.

Moothathamby Sriskantharajah, 61, and his wife Thilageswary, 50, were jailed for a total of 19 years in December 2014 after an HM Revenue and Customs (HMRC) investigation found they had ‘cleaned up’ £96m of dirty cash.

The pair laundered the proceeds of crime, including money from a major drug trafficking ring that saw three people jailed for 44 years after police found drugs worth £12 million and £2.1 million in cash.

“This couple helped many of the UK’s most serious and dangerous criminal gangs. Now they’ve lost everything – their liberty and all their assets.

“HMRC treats money laundering extremely seriously. We will pursue and prosecute those who facilitate and enable serious, organised crime. This case clearly shows we will not hesitate to take criminal assets no matter whether they are in the UK or offshore.”

HMRC officers raided Universal Money Exchange in September 2011 and found more than £100,000 in cash. They also discovered keys for two safe deposit boxes at Harrods, both registered to Thilageswary Sriskantharajah, containing £223,000, $90,000 and €50,000 in cash – money that has been forfeited to the Crown – and high-value gold jewellery.

Investigators discovered much of the cash had been spent on jewellery, property investments in the UK and abroad and school tuition fees. 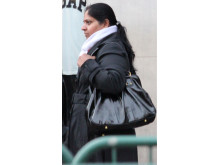 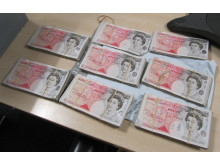 Op Veneer some of the cas... 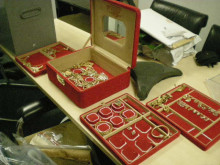 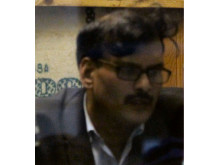