A Buckinghamshire man, who laundered money from the development of an online banking service used by criminals, must pay back £1,018,085 within three months, or spend another seven years in prison and still owe the money.

Sandeep Singh Gill, 43, was jailed for six years in June 2016 following a HM Revenue and Customs (HMRC) investigation. Gill laundered criminal cash through a string of bank accounts in Portugal, the Cape Verde Islands, Jersey, Cyprus, and finally into his Swiss bank accounts.

Gill was convicted of two counts of transferring criminal property totalling £621,151 in May 2016 at Isleworth Crown Court. A confiscation hearing on 19 March 2018 concluded Gill had benefited by more than £6.3 million from criminal conduct, but his current realisable assets including property are just over £1 million. HMRC will be able to pursue any future wealth.

He laundered money through the online banking service Universal Mercantile Building Society EF (UMBS). Its sister-company UMBS Online was an illegal online banking facility, which was convicted of illegal trading in March 2011, and was used by criminals to move dirty money between bank accounts. Gill helped legitimise the financial transactions of account holders by producing false bank statements and documents.

“Our work doesn’t stop when a criminal is jailed. No matter how complex a money laundering investigation is or how many different bank accounts are used, we will stop criminals profiting from their crimes and recover the money to fund public services.

“Gill is already serving a six year prison sentence. If he doesn’t pay back what he owes, he will spend even more time behind bars - and still owe the money. We encourage anyone with information about money laundering to report it online or contact our Fraud Hotline on 0800 788 887.”

He used the criminal cash to fund a wealthy lifestyle including buying property, foreign holidays, and Rolex watches. During HMRC’s investigation £82,000 was discovered in a safety deposit box in London and £15,850 was seized from a safe at his home. The confiscation hearing took place at Isleworth Crown Court on 19 March 2018.

HMRC is appealing for information on the whereabouts of 43-year-old Rajesh Datta in connection with this investigation. His last known UK address was in Middlegreen Road, Slough, Berkshire and a warrant for his arrest was issued on 24 July 2009.

More than £6.5 million was secured from UMBS online at the time of their conviction in 2011. 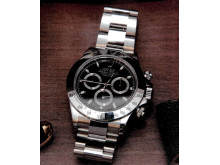 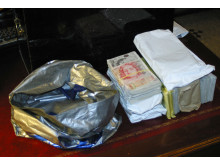 Cash seized from a safety... 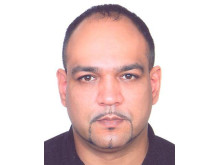