An operation to disrupt the sale and supply of illegal tobacco in Banbury uncovered 4,700 cigarettes, more than eight and a half kilos of hand-rolling tobacco, two kilos of chewing tobacco, and a bag of tobacco leaves, all believed to be illicit.

Thames Valley Police seized a quantity of what is suspected to be Class A and Class B drugs, arresting one male on suspicion of drug supply. He has been released under investigation pending further enquiries.

Oxfordshire County Council’s trading standards officers seized 31 items of counterfeit clothing and trainers from one of the premises visited.

The visits, as part of HMRC’s Tobacco Taskforce activity, led to suspected illegal tobacco products being seized from three premises. This included:

“The sale of illegal tobacco and wider criminality will not be tolerated by us or our partner agencies. Disrupting criminal trade is at the heart of our strategy to clampdown on the illicit tobacco market, which costs the UK around £2.5 billion a year. This is theft from the taxpayer and undermines legitimate traders.

“We encourage anyone with information about the illegal sale of tobacco to report it to HMRC online or call the Fraud Hotline on 0800 788 887.”

“This was a fantastic opportunity to work alongside partner agencies and disrupt criminality in Banbury Town Centre. The health risks associated with the trading of illegal cigarettes are significant and it is a positive result to have such quantities removed from the streets.

“We have also seized a significant amount of illegal drugs from a business premises and enquiries are ongoing in relation to this. We urge members of the community to report any illegal activity they are aware of via 101 or through the local Neighbourhood Teams.”

“One of our priorities is to tackle illegal trading which undermines legitimate businesses in the county. The outcome of this operation shows just how widespread illicit tobacco is, and how businesses that sell illicit tobacco may also flout other areas of consumer law. As well as supporting organised crime, the supply of illicit tobacco undermines work to reduce the harm caused by smoking and therefore we will continue to work with our partners to tackle this problem.”

2. Photographs of some of the tobacco seized are available on HMRC’s Flickr channel www.flickr.com/hmrcgovuk

3. Since 2000, we have reduced the illicit market in cigarettes by around a third. In the last two financial years alone, more than 3.1 billion illicit cigarettes and 600 tonnes of hand-rolling tobacco have been seized resulting in more than 800 prosecutions.

5. Anyone with information regarding tobacco fraud is encouraged to report it online at http://www.hmrc.gov.uk/reportingfraud/online.htm or call the Fraud Hotline on 0800 788 887. 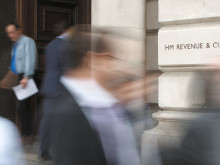 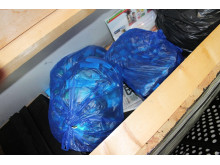 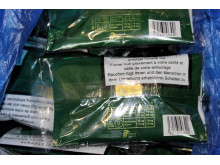 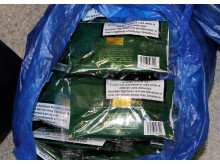 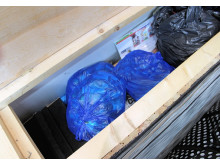 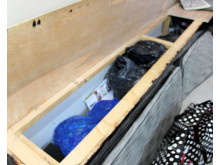