Arfan and Imran Ali, 30, both of Inverclyde Road, claimed they were trustees of charities providing clean water to third world countries but a HM Revenue and Customs (HMRC) investigation found they used aliases to set up the charities with the sole aim of committing fraud.

The pair failed to provide any services or raise any money for the good causes they claimed to be supporting.

“It’s shocking to see the depth of cynicism these two sank to steal money. They twisted and abused a way of helping good causes. They set up bogus charities as a front to commit fraud. The brothers knew what they were doing was utterly wrong but didn’t care.

“Tax fraud takes funding from the public services we all rely on. It affects us all and I would ask anyone with information about people who may be involved to contact our fraud hotline on 0800 788 887.”

The identical twin brothers submitted claims for Gift Aid repayments based on bogus donations between May 2009 and August 2012. The brothers also hi-jacked the details of a legitimate charity in order to submit additional fraudulent Gift Aid claims.

Investigators discovered the amount falsely claimed would have required £1.2 million in legitimate donations. But, the charities’ bank accounts showed nowhere near those amounts had been deposited.

The brothers withdrew large amounts of cash for themselves, or transferred it to the bank accounts of their businesses, which included a variety of catering companies and a convenience store.

Imran Ali was convicted of conspiracy to cheat the public revenue after trial in July last year, and sentenced to five years.

But his twin brother failed to turn up to court and he was arrested by HMRC officers in October.

Both brothers are now behind bars after Arfan was also convicted of conspiracy to cheat the public revenue following a one week trial at Birmingham Crown Court. He was convicted and sentenced on Monday to four years and eight months.

Information about any type of tax fraud can also be reported to HMRC online at www.gov.uk/report-an-unregistered-trader-or-business.

Confiscation proceedings to recover the proceeds of their crime will follow.

“Imran Ali sought to blame everything on you and now you have had your own trial, where you have been seeking to blame him in his absence.

“You have each used your status as identical twins to your advantage in an attempt to mislead the jury. Happily, this jury has seen through that.

“Both of you were actively involved and both of you benefited.”

Two men who faked charity donations so they could fraudulently claim more than £5 million in Gift Aid repayments have been jailed for a total of 19 years between them after their scam was uncovered by HM Revenue and Customs (HMRC).

Two unemployed men from Essex, who invented fake charities and donations so they could fraudulently reclaim over £500,000 in Gift Aid repayments, have both been jailed for 30 months.

A charity treasurer who tried to steal more than £330,000 in a Gift Aid repayment fraud has been jailed for three years. 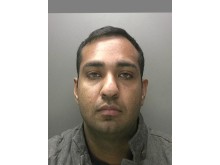 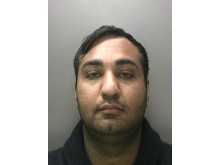 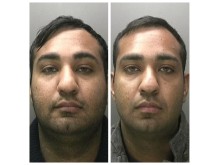