A Kenilworth man who spent money on property instead of paying nearly £260,000 to HM Revenue and Customs (HMRC) was sentenced today to two and a half years in prison.

John Powell earned almost £1 million in 20 years’ work as a self-employed consultant quantity surveyor. But he failed to declare his earnings or to pay any income tax or National Insurance. One of his cash purchases was a property in Antibes on the French Riviera.

“This fraud was all about enhancing Powell’s lifestyle. It is not acceptable to exploit the UK tax system at the expense of others who pay what is due, when it is due.

“We are investing more resources than ever in investigating those involved in this type of criminality. I encourage anyone with information about people or businesses involved in tax fraud to contact our tax evasion hotline on 0800 788 887.”

Powell worked as a quantity surveyor in the civil engineering industry, mainly on new building complexes in both the UK and overseas.

2. Powell was sentenced at Birmingham Crown Court today, 4 February 2014, to two and a half years in prison. He had admitted cheating the public revenue, contrary to common law, at a previous hearing.

3. HMRC is currently running the third stage of its evasion publicity campaign, using traditional and non traditional advertising including radio, train car panels, washroom posters and mirror stickers.  The campaign works alongside existing compliance activity such as data collection, taskforces and enforcement to raise awareness among those breaking the rules that HMRC is closing in on undeclared income.

5. An images of the defendant are available on our Flickr channel www.flickr.com/hmrcgovuk 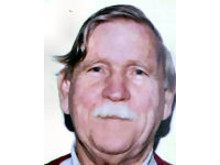