Paul Slatter of Chamberlain Forum kick started the round table discussion and public meeting by outlining the objectives and commenting conversely that the Whitehall/ Council House strategies don’t work in real life or neighbourhoods outside the SW1 London postcode let alone the rest of the United Kingdom!

Cllr Cotton began by empathising with his audience’s plights and explaining that the original vision for Localism launched in 2004 experienced arrested development - a case that the committee leaders present are all too familiar with. Consequently the localism ideal was left stagnating because constituencies had some but not all of the power which left things unsuitable for both council and communities.

However, Cotton went on to reel off some surprisingly contrary statements. While he seemed inspired as he stated ‘every community has a wealth of knowledge and wisdom’ he puzzles his audience with the retort that ‘Birmingham just is not a “feasible” place;’ in reference to it’s ‘1 million residents and ultra diverse community’

Cotton raises the possibility that localities are represented at cabinet tables, repeatedly stressed hopes to end of one size fits all mentality, and aspires to radicalise the system.

One of the more intriguing points Cotton makes is the concept that lack of funding should be seen as a positive because ‘we’ll have to think more about what we spend.’

While Cotton assures us that ‘devolution of power top of the agenda’ for the Labour party, the same can’t be said of the Conservatives part leader David Cameron. Cameron writes:

“Labour’s regime did not increase standards in public life, rather it undermined them.” Cameron wrote, “It fuelled an explosion in malicious and unfounded complaints against councillors” The Sunday Times

Claire’s comment were realistic ‘Money and power need to be redirected if there’s going to be any change.’

Nima was optomistic ‘Dialogues like this need to continue, its essential people know they own their community’

And Roger voiced concerns that ‘local community consitiutions need to be seen as assets to the City, not threats’

Lynch speaks of case of an exemplary community empowerment in Plymouth; people need to feel a sense of ownership in their community- a point Balsall Heath Forum and their wardens are well aware of.

Mike Manfield, hailing from the Jewellery Quarter, mentions his Community Asset Transfer fail- a topic Roger Lynch from Kingsbridge can most definitely identify with as he’s had the exact same problem with the Kingsbridge Project on Holder’s Lane.

Manfield comments ‘The council is not a monolithic organisation’ –the same way Birmingham isn’t a monocultural place.

Cotton’s understands that the changes made have got to be about doing things with people not to them; ‘public services are better when locals have opportunity and power’ which coincides exactly with the work of Balsall Heath Forum and their Community Wardens.

Dick Atkinson, Chief Executive of Balsall Heath Forum, highlighted the importance of cultural change and capacity building, with his winning quote from the discussion about transforming an “empire into common wealth!”

Atkinson’s book ‘Nourishing Social Renewal’ was referenced by Paul Slatter during the talk.

Naseem Ahktar from Saheli Women’s Groups Balsall Heath- voiced concerns about the abandoned buildings across Birmingham and said “thanks for wanting to share your money now that you’ve got less of it!” in a jovial air.

Highgate resident Martin questions: ‘How can you equate a certain quota of money to each ward- how can this be done fairly when financial situations vary so drastically over each borough!’

In conclusion, Cotton’s attempts to appease the public weren’t very well received. The committee representatives pounded him with questions - It’s clear that these autonomous individuals are generally sceptical, and rightly so, as many of their projects have been in ‘arrested development’ for months if not years.

As a former member of Highgate Neighbourhood Forum, local resident Irwin has had first hand experience of the dangers in the refusal of devolved power. He left the committee as it was being run as a ‘one man show.’

“There are too many suggestions to realise a solution, its too complicated.” He agrees that unity is key “things are currently too difficult to coordinate- there, are too many individual groups (committees)” Therefore, Irwin “can’t visualise any major changes”

Kingsbridge Project is a community based consortium, aiming to develop a vibrant and exciting new venue in South Birmingham. Our aim is to enhance the provision of sport and leisure activities for the benefit of a wide variety of local user groups, in an area where facilities are currently sorely lacking.

Prior to publication, it must be approved by Kingsbridge Community Sports.

Birmingham City Council are seriously considering selling the lease for Holders Lane Playing Fields, and in so doing snatching the site from under the noses of Kingsbridge and its community partners. Don’t stand back and let this travesty happen- sign the petition which will be handed to the Council on the 3rd April. Please encourage as many of your friends and family to sign it as well. 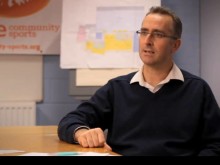 Here's your chance to meet some of the people & organisations behind the Kingsbridge Project. You can hear about the vision & plans Kingsbridge has for transforming the Holders Lane site and experience the passion of local people for this exciting and ground-breaking community sports project. 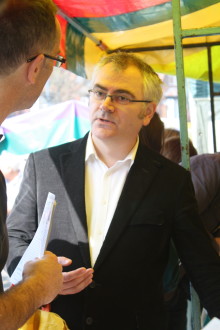 On the 1st of February, Kingsbridge Community Sports Launched its 'Save Our Playing Fields' campaign. On Tuesday 3rd April a petition of 820 signatures was submitted to the Lord Mayor of Birmingham . The petition caused quite a reaction from many local people but the question remains, what exactly is it that UCB are planning to build on the site? And why is the Council so reluctant to tell people? 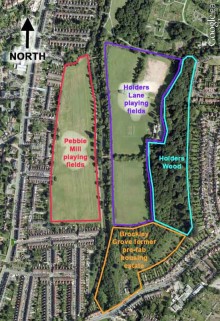 University College Birmingham's ambitious plans to expand its student campus, almost succeeded in derailing the Kingsbridge Project- a local grass-roots community project, in Birmingham. Birmingham City Council had commenced a Community Asset Transfer of the Holders Lane Playing Fields to the Kingsbridge, but in May 2011 everything suddenly changed. Now Kingsbridge has discovered why... 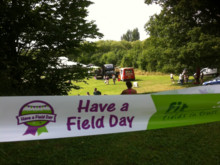 Saturday 13th July- a glorious summers day for the 'Friends of the Fields' and the communities of Moseley & Selly Park as Holders Lane became a vibrant hub of fun activities and community spirit. The main focus of the event was a consultation on the future of the Holders Lane & Pebble Mill Playing Fields- attendees were invited to give their views on what should happen at the site. 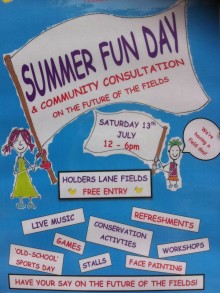 There is going to be another Holders Lane consultation day on Saturday 13 July. The main purpose of the day is to ask people what they would like to see happen at the site in the future, but there will also be a range of different activities - music workshops, face painting, storytelling, old school games, junior golf, zumba, tai-chi, bushcraft, circus skills, volleyball and a bouncy castle.

BBC WM's Adrian Goldberg interviews Roger Lynch about the Kingsbridge Project, and asks why such a inspirational 'Big Society' project has not been more fully supported by the Local Council...