Three men have been convicted and sentenced for drilling a hole into a jewellers and stealing almost £300,000 worth of goods.

Florin-Cristin Neagu, 46 (23.08.73) and Sorin-Marian Munteanu 44 (18.02.76), both Romanian nationals of no fixed abode in the UK, were found guilty of burglary at Southwark Crown Court on Tuesday, 3 March following a trial.

Neagu and Munteanu were sentenced at the same court on the afternoon of Tuesday, 3 March to six years’ imprisonment.

Sisca was sentenced on Thursday, 20 June 2019 to four years and six months’ imprisonment.

The court heard that the defendants carried out a ‘sophisticated and daring’ burglary at a high-end jewellers located in Fleet Street, near the junction with Chancery Lane, EC4. The burglars tunnelled into the secure areas of the store through an adjoining wall from a neighbouring property over the course of a weekend on Saturday, 23 March and Sunday, 24 March 2019.

Detectives from the Met’s Flying Squad discovered that between Monday, March 11 and Thursday, 21 March 2019, Sisca and Munteanu were carrying out reconnaissance work of their target. Mobile phone records and ANPR data showed that they were in the vicinity a number of times before the burglary. They were also caught on CCTV entering an adjacent property (a bookmakers) and looking at where the cameras and fire exits were.

At 16:18hrs on Saturday, 23 March CCTV captured Sisca and Munteanu exiting Chancery Lane Tube Station. They are then captured at 16:30hrs walking past the jewellers.

They returned about 25 minutes later and entered a communal doorway in Chancery Lane.

Neagu is captured on CCTV in a vehicle nearby at about 16:45hrs, before walking along Chancery Lane shortly before 17:00hrs. A few minutes later, all three men returned to the communal doorway and Sisca once again placed his hand through the letterbox – this time being successful in gaining entrance.

Munteanu then pulled an item of clothing over his face before entering the communal hallway and vandalising the CCTV cameras by spraying a white substance on them.

Neagu is then captured on CCTV going between his vehicle and the venue several times. At about 18:05hrs, Sisca and Munteanu entered the venue and did not leave for five and a half hours. While they were inside, Neagu stayed outside the venue keeping a lookout – leaving only a few times to go to his vehicle and deliver objects, such as bags and long poles, to Sisca and Munteanu.
At about 23:30hrs, the three burglars left the venue. Neagu headed back to his vehicle with the long pole while the other two walked towards the Strand.

The three defendants returned to the venue the following day (Sunday, 24 March) carrying rucksacks and holdalls and once again gained entry by reaching through the letterbox.

Neagu again kept watch for an hour and a half while his accomplices were inside the venue.

At about 16:00hrs, the venue’s alarm system was triggered. Sisca and Munteanu left the venue at about 16:05hrs, handed one of the bags to Neagu, and all three left the scene.

At about 01:25hrs on Monday, 25 March 2019, a delivery driver entered the bookmakers and saw a large pile of rubble on the floor, a large hole in the wall and jewellery boxes left on the stairs. The delivery driver called the police.

The CCTV inside the bookmakers had not been vandalised by the burglars so it captured them forcing their way into the store on Saturday, 23 March. The footage shows a man crawl out and look around before leaving. There was no other intrusion into the bookmakers indicating that it was not the intended target and the burglars had made a hole in the wrong wall.

Therefore, the thieves made a second large hole that allowed them to enter the jewellery shop. As the alarm was activated at about 16:00hrs on Sunday, 24 March, this is believed to have been when entry was gained. The CCTV system inside the shop was removed and has never been recovered.

The burglars carried out an untidy search of the premises and fled with £298,987.12 worth of items. The damage caused to the venue amounted to about £16,000. They also attempted to gain entry to a safe, but this was not successful.

Neagu left the country on the evening of Monday, 25 March by the Eurotunnel. Munteanu and Sisca arrived at Birmingham International Airport early on Tuesday, 26 March. Munteanu successfully made it through passport control, but Sisca was stopped and detained as he was wanted for an unrelated matter in Italy. While Sisca was detained at the airport, his DNA was taken from him and it returned a match to the crime scene in Fleet Street.

Sisca was subsequently arrested on Thursday, 11 April and was later charged.

Detectives carried out enquiries, including reviewing CCTV and ANPR, mobile phone work and forensics, and Neagu and Munteanu were identified. Officers successfully applied for a European Arrest Warrant and they were circulated as wanted.

Neagu and Munteanu both pleaded not guilty but they were convicted by a jury who took less than an hour to reach the verdict.

Detective Constable Leisa Johnson, the investigating officer from Flying Squad, said: “The defendants spent a considerable amount of time planning and organising this burglary. It has all the hallmarks of an established organised criminal network who are extremely confident and organised in this type of offence. Thanks to the scene being well preserved by the responding officers, we were able to carry out a number of successful enquiries to identify and build a case against the defendants.

“I’m pleased that the jury agreed with the overwhelming evidence against Neagu and Munteanu and were quickly able to reach a guilty verdict.

“The victim has understandably been left distressed by this heinous crime after the defendants targeted their beloved business and damaged irreplaceable items during their frenzy. I hope today’s convictions and sentences will give them a small measure of comfort and closure.” 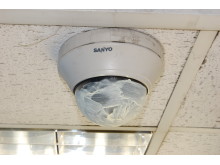 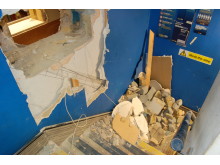 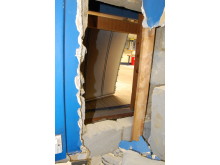 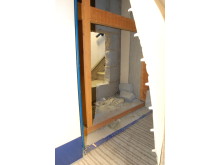 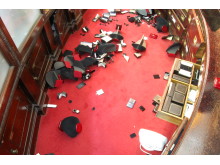 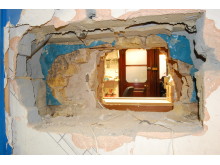 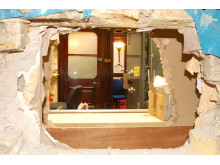 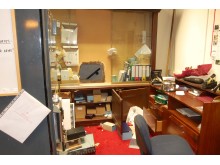 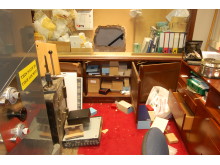 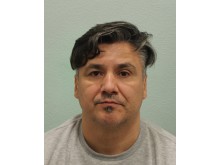