Detectives investigating a series of incidents where substances were thrown at a restaurant have released CCTV as part of a public appeal.

CCTV footage of incidents two and three have been made available in efforts to locate what could be a sole suspect, or multiple suspects.

In one instance, a man can be seen to use a tool, possibly a syringe to spray the substance onto the front of the restaurant in Brompton Road, SW3.

No serious injury has been caused, but following the second incident, LAS had to be called to treat people who had reacted badly.

The substance for the latest incident is yet to be confirmed, but in both previous cases, it is believed to be a food preservative, which has a very strong, foul scent.

Detectives are also releasing two still images of men they would like to speak to in connection with the first incident in October 2019.

“Although no serious harm has come to anyone, a number of people suffering with nausea and vomiting were taken to hospital after the incident on 19 February.

“We are not in a position to completely determine motive at this stage. It does however appear that each incident has been targeted, and whoever is behind them must be aware of the damage they have caused to this family-run business.

“This has caused great distress to the owner and we want to bring this to an end. The most recent incident took place on a day when the owners expected the restaurant to be very busy.

“We hope the release of this CCTV may go some way in helping to identify who is responsible for the incidents, which were first linked after the second one on 19 February.

“At this time, we cannot say if we are looking for one, two, or more suspects, so are exploring a number of possibilities around this.”

Anyone who wishes to pass information to officers, is asked to contact DC Sapsford by dialling 101, quoting CAD1293/25Feb20 or stay anonymous by contacting the charity Crimestoppers: 0800 555 111/crimestoppers-uk.org 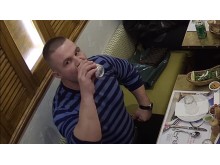 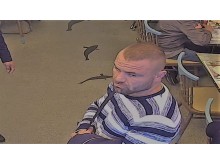 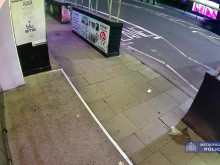