A group of men who stole valuable jewellery in a residential burglary and then took pictures of themselves wearing the items have been jailed thanks to an investigation by officers from the Met and Surrey police.

They were each sentenced to 40 months’ imprisonment.

The court heard that the four, all Chilean nationals, were believed to be part of an organised criminal network, entering the UK exclusively to commit offences before returning home.

Police were called at around 18:00hrs on 11 October 2019, after a burglary was reported at an address in Wimbledon. The residents returned home to discover that a large quantity of distinctive jewellery had been stolen.

Officers from the South West Command Unit began an immediate investigation and quickly established that a suspicious vehicle, a Black Honda HR-V had been seen in the vicinity of the address.

On Tuesday, 15 October, officers from Surrey police on patrol in Linkfield Lane, Redhill discovered the vehicle and stopped it.

The occupants – Carvajal-Donaire, Portilla-Astorga, Donoso and Rojas – were all arrested on suspicion of burglary and going equipped to steal after officers found gloves, torches, a screwdriver and a glass-breaker.

All four were taken into custody and officers from the South West Command Unit informed.

As officers investigated, they discovered a number of photographs advertising jewellery for sale – these included items stolen during the burglary on 11 October.

A photograph of Carvajal-Donaire and Portilla-Astorga was located which showed them wearing stolen items, while officers would also discover that Rojas was wearing a distinctive necklace, stolen during the same burglary, at the time of his arrest.

Messages in Spanish were translated which revealed that the sale of the stolen property was being arranged by the defendants.

All four men pleaded guilty and were remanded in custody.

A/DS Harry Doyle said: “This case concerns organised criminals entering the UK for the sole purpose of committing high-value burglary offences. Due to the rapid identification of their criminal methods, the robust response by colleagues in Surrey Police and the thoroughness of the subsequent investigation, these offenders are now safely behind bars.

“I am pleased with the sentences passed by the Judge, which reflect the level of criminality involved. The Metropolitan Police, alongside our colleagues in other areas of law enforcement, stand ready to deal robustly with individuals who enter the country in order to commit crime. This case demonstrates that we will use the full extent of our operational capability and our powers in law to provide a hostile environment for such individuals to operate within.” 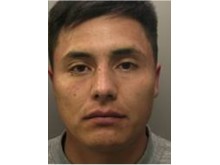 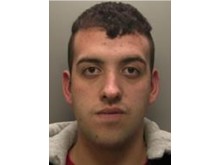 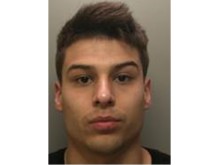 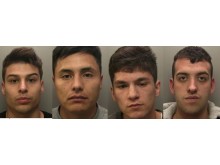