A group of men have been convicted of carrying out a spate of armed robberies at convenience stores and betting shops in London and its surrounding counties.

They were found guilty following a trial at the same court on Friday, 20 March.

Owen, who was found guilty of three counts of robbery and one count of possession of a Taser used in a robbery, was sentenced to 14 years’ imprisonment.

Stockbridge, who was found guilty of one count of robbery, was sentenced to seven years’ imprisonment.

Richard Mazzuccato, 34 (05.07.85), of Mill End, Rickmansworth, pleaded guilty to four counts of robbery, at the same court on Thursday, 27 August.

Mazzuccato will be sentenced on Tuesday, 28 April.

The court heard that between Saturday, 6 October 2018 and Monday, 18 March 2019, a linked series of robberies took place in London, Buckinghamshire, Hertfordshire and Surrey.

The method for all the crimes was similar with masked robbers armed with weapons, including knives and axes, with all the attacks taking place under the cover of darkness – either late at night or in the early hours of the morning.

Evans was identified as a suspect in the earlier robberies by Hertfordshire Police and was arrested and charged on Wednesday, 4 December 2018.

Detectives from the Met’s Flying Squad began an investigation into the robberies to trace the outstanding suspects and identified Owen, Stockbridge and Mazzucatto as the main offenders.

They were identified through a range of enquiries including Automatic Number Plate Recognition (ANPR), cell site phone data analysis, forensics and CCTV, which placed them at the crime scenes.

CCTV footage that captured a robbery at a betting shop in High Road, Chesham on Thursday, 27 December 2018 at about 21:30hrs captured the face-covered suspect’s forearm as he threatened a member of staff with a knife. There was a distinctive tattoo on the forearm, which was identified as being identical to a tattoo on Stockbridge’s forearm, linking him to the crime.

Detectives continued with their enquiries and evidence pointed to Mazzuccato as being involved in the latter offences.

Stockbridge replied no comment to all questions put to him during his police interview.

Mazzuccato was also arrested on Thursday, 4 April 2019 at his home address but denied any knowledge of the offences during his police interview.

The court heard that both men are habitual drug users, with Mazzuccato claiming to hold a £100 per day crack cocaine habit. This was argued to be the reason for their criminal behaviour.

With two suspects now in custody awaiting trial, detectives continued carrying out enquiries to identify the outstanding suspect from the earlier robberies. The investigation finally led to Owen being identified. He was charged on Tuesday, 6 August, 2019.

The jury heard that Owen had been imprisoned on Tuesday, 19 February 2019 and was given a four-month sentence for possession of a machete, which explained why he had stopped offending.

The robbery spree began on Saturday, 6 October 2018 at about 04:30hrs, Owen and Evans – identified by CCTV cameras – were picked-up by a taxi driver in King Street, Watford and driven to Owens Way, Croxley Green. Upon arrival, Evans demanded the driver to hand over money. The victim refused, and he was assaulted by the suspects, with Owen using a Taser during the attack. Owen also threatened to stab the victim. The suspects made off with £80 and got into a vehicle that was parked nearby.

The next two robberies also targeted taxi drivers in Hertfordshire and Surrey, with the victims being threatened with knives - one had a knife held to his throat – and punched by the suspects until they handed over goods such as cash, cards and mobile phones.

The robbers then turned their attention to targeting convenience stores and betting shops. The majority of incidents involved two suspects – but some of the attacks were carried out by a lone robber. The suspects always covered their faces, either with a balaclava or by putting a hood up and they threatened staff with a weapon – normally a knife although an axe was used during several of the robberies.

Detective Sergeant Tim Fines, from Flying Squad, said: “I have no doubt that these suspects would have continued committing this horrific spate of robberies if they had not been identified and arrested. All of the robberies were terrifying ordeals for the victims – thankfully none of them suffered serious injuries during the attacks.

“These suspects were not afraid to use violence, often just for small amounts of cash. I am pleased that the jury agreed with the overwhelming evidence we built against the suspects and chose to convict them. I hope the sentences handed down will act as a deterrent to those thinking of carrying out such violent crimes. I would like to thank our colleagues from Hertfordshire, Sussex, Surrey and Thames Valley constabularies for their contribution to this investigation and continued assistance throughout the trial.”

Footage of the robbery in Chesham is available to download from 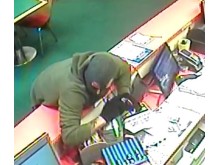 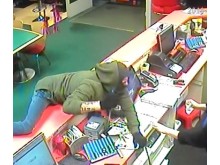 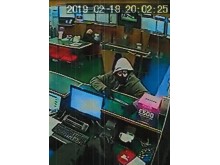 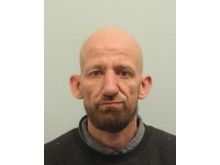 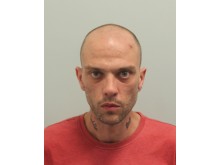 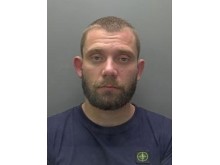