Four robbers who subjected a number of sex workers to terrifying knife-point attacks have been jailed.

The men were sentenced at Snaresbrook Crown Court on Friday, 7 February.

The four men had all previously been convicted at the same court in relation to a series of seven robberies against nine female victims carried out in a wide range of locations across the capital over a seven-month period.

Erlandos Vyte, 24 (23.07.95) of Copperfield Road, Chigwell had pleaded guilty on 28 October 2019 to nine counts of robbery, while his three co-defendants were all found guilty by the jury on 6 December 2019 following the conclusion of the six-week trial. He was sentenced to 12-and-half years in jail.

Robertas Zilionas, 21 (29.08.98) of Copperfield Road, Chigwell, was found guilty of five counts and jailed for 14 years

Ble was sentenced to 12 years' and Coke to 10 years in jail.

The gang of robbers used the same method for all the robberies - Vyte (on all but one occasion) would call up to book an appointment, then when the unsuspecting escort opened the door the other men would force their way in and rob the victim - on two occasions this involved both the two women they found at the address.

The women were subjected to being tied up with items the men came equipped with or found at the premises, and were often threatened with knives, before their cards, money, phones and other personal possessions were stolen. The frightening ordeal they all endured left many of the victims with lasting psychologically damaging effects.

In a victim impact statement read out in court, ‘Crisanta’ described how she and her friend, a fellow escort, who were targeted in the same incident had seen their confidence severely reduced. She recalled how she shook violently and suffered a panic attack as the robbers ransacked their flat - which triggered off more attacks in the following months.

She said: “Before this happened I was happy with the work I was doing, but now every time, I am aware of the risk and worry both of us have changed drastically the way we work. Neither of us will now take any clients in the night time, which before wouldn't have been a problem; if they ask any details about the building it makes me scared and I will not take the appointment....I used to sometimes travel around the country and work on my own and haven't been able to do this. All of this has obviously had an effect on the amount of money we are able to earn.”

She added that even hearing the same foreign accent of the men who attacked them in a bar triggers such fear it can cause them to have to leave the vicinity.

The men targeted seven locations in a wide variety of areas. Starting in June 2018, with a robbery at an address in the heart of Westminster, on South Molton Street, W1. This was followed by three robberies within a three-day period in October 2018; two on the Isle of Dogs, on Blackwall Way and Capstan Square; and one on the Colville Estate in Hackney.

By December 2018 they had moved onto Kensington, robbing an address on Cromwell Road SW5. The final two robberies were both carried out in Tower Hamlets within a two-day period in January 2019, on Brune Street and Assam Street, E1. A CCTV camera at the latter address captured Vyte and Zilionis [and one other unidentified male] wielding a large knife and violently kicking in doors.

Detectives investigating the series of crimes were faced with a challenging lack of forensic evidence - just one lead emerged from all of the different scenes, a fragment of a latex glove left by Ble. This led to data from the phones belonging to the robbers becoming critical to detectives being able to collate the evidence they needed to prosecute.

They undertook the complex and painstaking process of analysing 327,000 separate 'lines' of phone data over many months - with each line representing a single text, phone call or 'internet activity'. In addition, a large number of hours of CCTV footage had to be recovered and examined.

Detective Sergeant Patrick Allen, said: "These crimes were committed by a ruthless group of men armed with knives who targeted lone vulnerable women [working] in their own homes. They attacked these women believing they would not report the incidents to police due to fear, embarrassment or the belief that the women would just see this as an occupational hazard.

"They were wrong, and I'd like to praise those women that did come forward. I would like to assure those women and men involved in the escort trade that no matter what work you do if you make an allegation of crime it will be taken seriously and robustly investigated by the Met. We will continue to pursue other suspects we have reason to believe were involved and would urge any other victims out there to contact us."

Detective Superintendent Guy Collings, who leads the Met's response to sex worker-related issues, said: "No one, regardless of their profession, should be the victim of any form of violence or abuse, and we will continue to support ending violence against those working in the sex trade. We know this group historically mistrust the police and fear they’ll be criminalised if they come forward. I hope the sentencing today conveys the message that the Met is dedicated to pursuing justice for them."

The Met arranges and chairs a quarterly sex worker advisory group comprising police, statutory agencies such as the CPS and a range of third sector partners who work closely with sex workers across all boroughs. It seeks to examine issues that relate to the safety of sex workers and enhance the flow of information to protect them.

Detective Superintendent Colllings, added: “We encourage officers to treat all sex workers with understanding and respect, and recognise that the safeguarding of the vulnerable has to be at the heart of our response regardless of individual circumstances.

"The convictions achieved in this case bear out this approach, and I hope that they will serve to increase trust among this group and give any other victims the confidence to come forward to report crimes to us."

Defendants stopped in the... 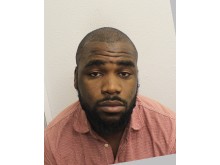 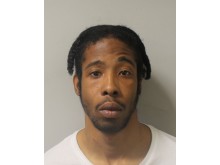 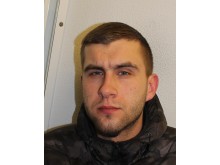 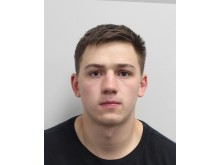 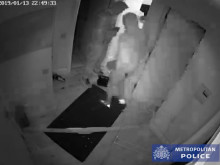