Detectives investigating the murder of Mohammed Al-Araimi who was fatally stabbed near Harrods on 5 December 2019, continue to appeal for witnesses and information.

A substantial reward of up to £20,000 is being offered for information leading to the identification, arrest and prosecution of the persons responsible for the attack on 20-year-old Mohammed, an Omani national, and his friend, who was also stabbed in the same incident.

Mohammed, a student at King’s College, had been out for a meal with a friend at a restaurant in Pavilion Rd, Knightsbridge. Upon leaving the restaurant they walked along Basil Street, heading towards Sloane Street, when they were approached and attacked at around 23.55hrs on 5 December 2019.

DCI Andy Partridge, who is leading the investigation, is appealing for the public to assist in identifying a man shown in CCTV images. The CCTV released shows the man sought walking in Knightsbridge in the early hours of 6 December 2019.

DCI Partridge said: “The attack on Mohammed and his friend was a planned robbery that was truly shocking and extremely violent.

“I am convinced that the public can provide a name of the man featured in the CCTV images we have released.

“My team have secured hundreds of hours of CCTV footage. The suspect involved in the attack travelled on foot from the Edgware Road / Marble Arch area of London to Knightsbridge prior to carrying out the attack. This location is therefore potentially very significant, with the person we are seeking to identify having a connection to this area.

“There is a substantial reward being offered in this case and I ask that anyone who knows the identity of the man makes contact with my team. All calls will be treated in the strictest confidence.”

Police were initially called to Brompton Road, SW1 shortly after midnight on Friday, 6 December 2019, following reports of the stabbing. Officers, the London Ambulance Service and London’s Air Ambulance attended and found Mohammed suffering a stab injury. He was pronounced dead at the scene at 00:39hrs.

A post-mortem examination took place at Westminster Mortuary on 6 December and gave the cause of death as a stab wound.

A second man, aged 20, a friend of Mohammed’s, who was also found suffering injuries was taken to hospital for treatment. He has since been discharged.

Anyone who may know the identity of the man, or who has information that may assist police, is asked to contact the incident room on 020 8358 0300 or call police on 101 quoting reference Cad 3/6Dec. You can also tweet @MetCC.

Alternatively, you can call the independent charity Crimestoppers anonymously on 0800 555 111.

= One man has been charged with Mohammed’s murder. 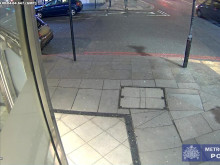 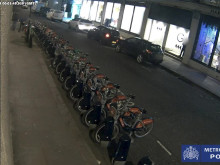