A man who drove through a red traffic light and collided with a cyclist in Camden, before driving off from the scene and attempting to cover his tracks has been jailed.

Angelo Kaminski – 28 (06.09.91), of no fixed address, had pleaded guilty to causing serious injury by dangerous driving and perverting the course of justice during the trial at Wood Green Crown Court.

Following the conclusion of the trial on Tuesday, 11 February he was also found guilty of conspiracy to pervert the course of justice after colluding with his father, younger brother and cousin in an attempt to deflect attention away from his involvement.

Angelo Kaminski was today sentenced to seven years imprisonment, and disqualified from driving for six years.

Grzegorz, Patryk and Adrian were all sentenced to two and a half years imprisonment each.

All four men were sentenced at Wood Green Crown Court on Friday, 14 February.

The court heard how on the night of 10 January 2018, Angelo Kaminski was driving a black Renault Megane car in Camden.

At around 23:35hrs he was driving south on Camden Road when he drove through a red light and collided with cyclist, Abdul Hadi from Kentish Town, at the junction of Royal College Road, NW1. The lights were green for Mr Hadi.

Kaminski drove off, passing through another red light, before abandoning the car in Kings Terrace, less than 1km from the scene of the collision.

London Ambulance Service attended and Mr Hadi was taken to hospital for treatment to serious injuries including a skull fracture, bleed on the brain and fractured pelvis. He remained in a coma for the next 18 months but sadly died in hospital on 13 July 2019, aged 49 – he never regained consciousness.

Following the collision, Angelo Kaminski was picked up by Adrian who then drove to Stanstead Airport where they collected Grzegorz and Patryk who had flown in from Poland. They concocted a story that the car Angelo had been driving had been stolen and reported this to Edmonton Police Station. They told police they had spent time trying to find the stolen car before reporting it missing to police.

In the meantime, a resident of Kings Terrace had reported the abandoned car to police – officers located it with significant damage consistent with being involved in a collision. Officers were able to retrieve forensic evidence from the car which linked Angelo Kaminski to the vehicle.

All four were subsequently arrested and charged as above.

Detective Inspector Cheryl Frost, who led the investigation for the Serious Collision Investigation Unit, said: “Angelo Kaminski drove through a red light and struck Abdul Hadi, leaving him with catastrophic injuries. Instead of stopping and trying to help Mr Hadi, he thought only about himself, fleeing the scene and then, along with his family members, instigating attempts to cover his tracks.

“I would like to thank the Hadi family for all their support throughout the investigation into this tragic incident which has left them deprived of a loving husband and father.”

NOTE – There is no image available of Mr Hadi at this time. 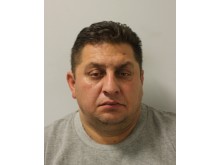 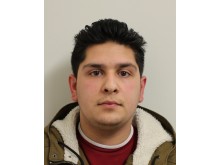 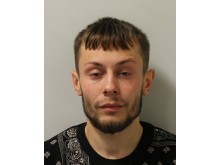