A man has been found guilty of the murder of 18-year-old Cheyon Evans in Wandsworth.

Fernando Pope, 21 (04.08.98) of no fixed address, was convicted of murder following a trial at the Old Bailey.

He will be sentenced the same court on 7 February.

The court heard that police were called at 16:42hrs on Friday, 14 June 2019 to reports of a stabbing on Deeside Road, Wandsworth.

Officers attended alongside the London Ambulance Service and found 18-year-old Cheyon in a critical condition.

Despite the efforts of paramedics, including those from London’s air ambulance, he died at the scene a short time later.

A post-mortem examination gave the cause of death as a stab wound to the chest.

Homicide detectives from Specialist Crime launched an investigation and established that Pope had used a large knife to repeatedly stab Cheyon.

Pope was identified via CCTV from the estate and was arrested on Thursday, 20 June. He was charged the following day and remanded in custody.

The motivation for the fatal attack has never been established.

Detective Chief Inspector Helen Rance, who led the investigation, said: “Cheyon was fatally stabbed by Fernando Pope who has today been convicted of his murder.

“Pope is clearly a dangerous man who was intent on causing serious harm that afternoon in broad daylight on a busy residential estate.

“Cheyon’s family have been left completely devastated by their loss and our thoughts remain with them at this time.”

In a statement, Cheyon’s family said: “Cheyon was an amazing son, brother, uncle, nephew, grandson, great grandson, cousin, friend. He played a very important role at home, he was the man of the house. The family can’t find the words to describe how they feel at this time other than complete and utter emptiness.

“Losing Cheyon has affected so many of his family and friends. It has torn their world apart and changed the family dynamic forever. It has truly been the most devastating, traumatic and surreal thing that could’ve happened.”

Cheyon’s mother said: “My heart will forever be broken and I can’t picture a day where I won’t grieve the loss of my son. I have a permanent hole in my heart that can never be filled and will never stop bleeding. My only hope is that Cheyon, like many others that were brutally and horrifically murdered on the streets of London in 2019, will be a name, a story that inspires the government to create change, a better future and better opportunities for the children of yesterday, today and tomorrow.”

+ Aymen Mansouri, 18, of Merton and Mohammed Nadir Dafallah, 18, of Wandsworth, were found not guilty of murder. 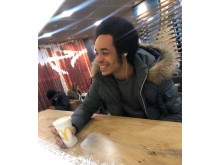