A man who murdered an 89-year-old woman in her Tottenham home has been jailed for a minimum of 34 years.

At the Old Bailey on Thursday, 6 February, Reece Dempster, 23, (05.10.96), of no fixed abode, was sentenced to life imprisonment with a minimum of 34 years after pleading guilty to the murder of Dorothy Woolmer in August 2019.

Dempster also pleaded guilty to two counts of sexual assault by penetration and was sentenced to life imprisonment with a minimum of 12 years for each, to be served concurrently with the above.

Detective Chief Inspector Garry Moncrieff, who led the investigation, said: “Dempster carried out a truly horrific assault on an elderly woman while she was alone at home and he now faces a significant period of his life in prison.

“Despite initially failing to admit his guilt, the evidence against him was so strong that he ultimately had no choice but to own up to his own depraved actions.

“He has rightly been sentenced to life in prison but for Dorothy’s family, their life sentence goes on. They are heartbroken at their loss and are still coming to terms with the manner in which she died.

“I would continue to ask the media to respect their strong desire for privacy.”

The court heard that the victim, Dorothy Mary Woolmer – known to her friends as Dot – had lived in Waltheof Gardens, N17 for many years.

Since 2017, she had lived alone following the death of her husband who she had been married to since 1953.

Friends and family described Dorothy as a very independent woman who, despite her age, did her own cleaning and looked after herself.

Each week, her sister would collect £300 for Dorothy and buy her shopping. The balance, usually in excess of £200, would be given back to Dorothy and she would keep this cash in her home.

In early July 2019, Dorothy told her sister about a man who had called at the house and had done some gardening work for her. Although she did not identify him, a witness later told police that he had seen Reece Dempster cutting Dorothy’s hedge.

During the evening of Saturday, 3 August 2019, Dorothy spoke on the phone with her best friend and they discussed arrangements for the following morning.

On Sunday, the son of Dorothy’s friend went to deliver her Sunday newspaper and to collect some vegetables. He posted the newspaper through the door and then knocked, but as there was no answer, he walked home and told his mother.

Dorothy’s friend then went to the house and, when she could also get no reply, she called Dorothy’s sister. Together, shortly after 10:30hrs, they used a spare key to enter the home.

In the bedroom they found Dorothy’s body, her night clothing was dishevelled and she had been subjected to a horrific assault. Police and the London Ambulance Service were called, but Dorothy was pronounced dead at the scene.

A post-mortem examination was conducted on Monday, 5 August and found that Dorothy had been subjected to a brutal and sustained assault, both physical and sexual.

Dorothy had head injuries, multiple fractures to the bones in her face and a fracture to her right thigh. The injuries were likely to be the result of her being repeatedly punched, kicked or beaten with a blunt object; a 40cm truncheon was found next to her that had been used in the attack.

The post-mortem examination also showed that Dorothy had been violently sexually assaulted.

An immediate investigation was launched by homicide detectives from Specialist Crime.

Officers found the back garden gate had been forced and the kitchen door had been found open. There was no sign of forced entry and it seems most likely that Dempster had stolen a key when he purported to do the gardening work.

Witnesses indicated that two bottles of spirits appeared to be missing, along with Dorothy’s purses that she kept on her cabinet.

Forensic examination of the scene recovered DNA and fingerprints that identified the suspect as Dempster.

Some of the fingerprints were bloody, indicating they had been left after the vicious attack, and his DNA was found on the truncheon used to assault Dorothy.

The day after the brutal attack, CCTV recorded Dempster walking with family members past Dorothy’s house on seven separate occasions. He was even recorded entering a premises he was using in Spottons Grove, N17, carrying a bag containing bottles suspected to have been stolen from Dorothy.

Police began immediate enquires to find Dempster, who was staying with family and friends at various addresses in Tottenham.

At the address in Spottons Grove, police later recovered the two bottles of alcohol that matched the description of those stolen and a purse identified as belonging to Dorothy.

A witness Dempster came into contact with before his arrest told police he had said that he had been drinking gin and smoking crack prior to the murder and had said: “I went to rob a house. I think I hurt someone.”

He also told them, “I turned a light on and there was blood everywhere. And then I ran.” They also reported he said: “I only got a hundred quid – it wasn’t even worth it.”

As result of the police enquiries, Dempster was arrested at 18:05hrs on Monday, 5 August in Tottenham, N17.

He was interviewed and declined to answer any questions but was charged on Wednesday, 7 August.

In a statement, Dorothy’s family said: “Dot was a wonderful, full of life, beautiful woman. She was a sister, wife, aunty and dear friend to many. She was independent and was so full of life. Family was everything to her and she was everything to us. The events surrounding Dot’s death have brought extreme amounts of heartache and stress to our entire family. She was taken from us in such a cruel way.

“We are thankful for all of the support we have received thus far and we are finally able to start grieving for the loss of such a wonderful human being. There isn’t a member of the family that hasn’t been severely affected by what’s happened to Dot, even though we can’t bring her back, the only thing for the family now would be a severe sentence for this man in order to prevent him from being able to do this to another family.

“We ask that you respect this difficult time for us and allow us to grieve as a family, together.” 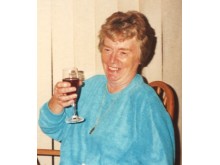 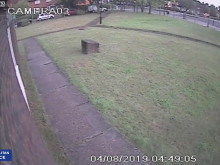 Clip 1 shows Dempster entering Dorothy’s home and then leaving in the morning followed by him being sick as he walks home (footage is gra... 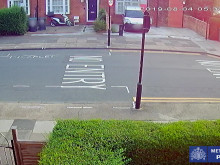 Clip 2 shows Dempster carrying the bottles he stole from her address.