A man who was found guilty on 25 February of the murder of a teenager in Camden has been jailed for life.

A trial at Inner London Crown Court heard how 16-year-old Alex Smith was stabbed to death just after 2300hrs on 12 August 2019.

Alex was a member of a street gang operating in and around Camden. Biomy was one of six members of a rival gang who had been driving around the Fitzrovia and Euston Road area on that Monday night looking for rivals to attack as part of an ongoing feud.

There were six people in the gang’s two stolen cars, a Ford Fiesta and a Seat Leon both on false plates. The latter was driven by Biomy.

Just after 2230hrs on 12 August 2019, Alex and some friends left a restaurant via an entrance onto Bolsover Street W1. A short time later, the group ran to an estate on the north side of Euston Road where they took refuge for a period of time. It is believed that they had come into contact with the suspects in either or both of the stolen cars before running off.

Just after 2300hrs, the two cars pulled up in Longford Street NW1 where a number of males ran into a block of flats looking for rival gang members.

Moments later, Alex and his friends were spotted by the other occupants of the cars. While Biomy stayed in the Seat, Alex was chased by three males to Munster Square, just north of Euston Road, where he was stabbed to death.

Six males made off in the two cars, leaving Alex for dead. Emergency services were called, but, despite the best efforts of police officers, London Ambulance Service and London’s Air Ambulance, Alex was pronounced dead at the scene at 2333hrs.

A post-mortem examination the following day at St Pancras Mortuary recorded that Alex had been stabbed at least twice, one of which was the fatal stab wound to his chest.

A murder investigation was launched and analysis of CCTV and phone records led detectives to identity a number of suspects.

Biomy and Yusuf Yusuf had spoken on the phone twice before the killing, first at 2238hrs and again at 2244hrs. Minutes after the stabbing, Biomy tried five times to call Yusuf before they were finally able to speak at 2321hrs.

At court, the prosecution argued that all of those who were in the two cars committed the offence of murder together as part of a joint plan or agreement. It was clear that Biomy, although he never left the stolen Seat Leon, was a key member of the group who killed Alex.

Yusuf had played his part in disposing of the two stolen cars by setting them alight shortly after the killing, with the clear aim of destroying evidence which might implicate anyone who had been in those cars.

Detectives continue to investigate the murder, and strenuous efforts are being made to bring the four outstanding suspects to face justice.

The driver of the Fiesta remains outstanding, but officers believe they know the identity of two passengers in that car. Both men, aged 19 and 20 at the time of the incident, left the UK within days of Alex’s death and are believed to be overseas. Further information is not being released at present.

Officers also believe they know the identity of one of the two passenger in the Seat Ibiza. The 20-year-old man has been detained under the Mental Health Act and is not fit to stand trial. The second passenger remains outstanding.

Anyone with information that could assist the investigation is asked to call the incident room on 020 8358 0400. To remain anonymous call Crimestoppers on 0800 555 111.

Young people who want help and advice about violent crime can contact the charity Fearless via their website: fearless.org. Independent from police, they offer advice on where to get support, and let you pass on information about crime 100% anonymously. They will never record or trace your call or IP address. 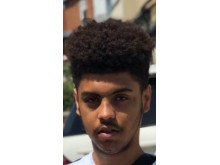 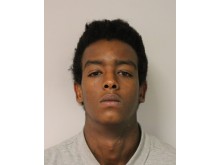