A man has been convicted of murder after his attempts to carry out a robbery escalated and ended with the fatal stabbing of a 22-year-old man.

Shackim Purnell-Taylor – 19 (02.05.00) of Gunyard Mews, SE18 was found guilty on Friday, 10 January of the murder of Leo Marcus following a trial at the Old Bailey.

He had pleaded guilty to possession of an offensive weapon (a knife) and robbery at an earlier hearing.

Purnell-Taylor will be sentenced on Wednesday, 15 January at the same venue.

The court heard how on 10 July 2019 Purnell-Taylor left his address in Greenwich shortly after 14:30hrs and walked a short distance to Tellson Avenue, SE18.

It is thought that Purnell-Taylor had received a call informing him a drugs courier, would be attending the area – it was Purnell-Taylor’s intention to rob him.

Having seen Leo arrive on a bicycle at the location and enter an alleyway off Tellson Avenue, Purnell-Taylor – armed with a knife – followed him and immediately attacked him injuring him with the knife.

He grabbed Leo from behind, stealing a rucksack from him, before running out of the alleyway and taking Leo’s bike.

As he tried to cycle off, Leo emerged from the alley and knocked Purnell-Taylor off the bike. A struggle ensued between the two men, during which Purnell-Taylor stabbed Leo six times. He then picked up Leo’s phone and fled the scene on foot – Leo’s bag was left in the street. Purnell-Taylor then returned home to change his clothes before leaving the area.

Leo collapsed and called out for help. He was assisted by members of the public until emergency services arrived. Leo was rushed to hospital but could not survive his injuries and died later that evening.

An investigation was launched by homicide detectives from Specialist Crime and following analysis of CCTV from the area, Purnell-Taylor was identified as the assailant. He was traced to an address in Kennington and arrested on 14 July. When arrested, Purnell-Taylor had a cut on his hand – he claimed this had been done while cooking but the injury had been sustained during the fight with Leo.

In interview, he refused to answer questions about the incident, only saying that he did not initially recognise the location when shown images of the scene.

But CCTV, along with phone evidence, placed him at the scene and he was charged with Leo’s murder.

"I am pleased with the unanimous guilty verdict reached today and that the jury saw through Purnell-Taylor's claims that he acted in self-defence. He did no such thing. Leo Marcus died at his hands, the victim of an opportunistic and violent street robber, who I have no doubt set out that day carrying a kitchen knife with every intention of using it and did just that, with devastating consequences.

“Leo's death was a horrific tragedy for him and for his family, a waste of a promising, young life. His family's dignity throughout this process has been deeply impressive to any of us who have seen it. But it is very clear that their composure conceals searing emotions, which we can only guess at, but which those of us who have not lost a child can barely begin to comprehend or understand.

“I would like to pay tribute to the members of the public and to the emergency services who worked so valiantly in attempting to save Leo's life, and also highlight the dedication and relentlessness of the murder team Detectives who worked tirelessly to bring Purnell-Taylor to justice for Leo's family."

Murderer sentenced to 22 years in prison

A man has been sentenced for murder after a robbery escalated and ended with the fatal stabbing of 22-year-old Leo Marcus. 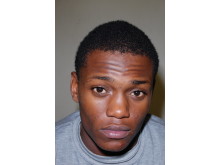 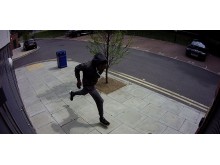 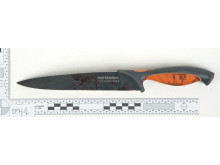 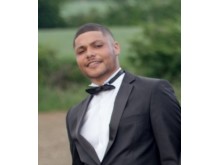 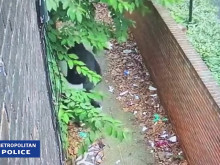