Vladislav Ravinskiy, 44 (09.07.1975), of Forge Square, E14 had been found guilty of attempted murder at Southwark Crown Court on Thursday, 23 January.

He was jailed for ten years at the same court on Friday, 6 March.

Around 06.30hrs on the morning of the assault, Ravinskiy’s wife was asleep in the living room of their flat.

As she slept she was suddenly hit a number of times with a hammer, the blows striking both her body and her head.

She struggled and fought to get away and initially managed to get out of the flat, before being dragged back in by Ravinskiy.

Further physical assaults took place, before she was finally able to escape.

A witness told how they had heard screams and saw the victim running away from the flat. She was then able to raise the alarm and the emergency services were called.

The court heard that when officers arrived at the scene, Ravinskiy was found in the hallway and immediately arrested on suspicion of GBH.

Blood stains were found in various places around the flat and the hallway – these included several of the victim’s bloodied handprints.

The hammer Ravinskiy used to attack her was found in the living room.

She had sustained a number of injuries, including cuts to her hands, bruising to her head, throat and legs, in addition to a skull fracture.

The victim is no longer married to Ravinskiy. She has not fully physically recovered as she is still suffering from the effects of the skull fracture; this is affecting her greatly on a day to day basis.

“This was a shocking example of domestic violence with the victim being attacked while she was helpless and asleep.

“The attack resulted in multiple physical injuries, thankfully the victim was assisted by members of the public who came to her aid once she had managed to escape the flat.

“Ravinskiy entered a not guilty plea, but the jury at Southwark Crown Court found him guilty of attempted murder.

“In the sentencing hearing, His Honour Judge Hehir describing the circumstances of the offence as, ‘both shocking and tragic’.

“I hope the victim feels safer now that Ravinskiy will be jailed, and that it has brought her closer to moving on from what was an incredibly traumatising event.”

“I also hope this shows the determination of the Met to tackle domestic violence.

“I would urge anyone suffering violence in the home to contact police, or one of the many charities who are there to help, you are not alone and you will be supported.”

If you're a victim of domestic abuse or know someone who is, we would urge you to report it to police so action can be taken - call 999 in an emergency, or 101.

Alternatively, visit your local police station. A translator can be provided if needed.

There are a number of external charities and agencies offering support to victims of domestic abuse: 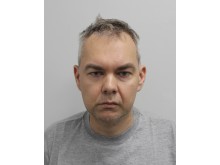 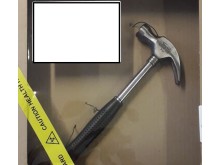 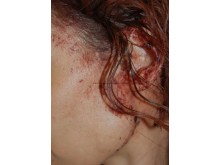