Five men have been convicted of firearms offences after officers recovered two loaded semi-automatic firearms from a vehicle in east London.

The men will be sentenced at the same court on Friday, 24 April.

On Monday, 11 February 2019 at about 19:50hrs armed officers attempted to stop a silver Vauxhall Astra in Ewhurst Close, E1, as a result of a proactive police operation.

However, as officers approached the vehicle, five male occupants decamped and sprinted from the scene, leaving the engine running. One of the males was seen by officers to discard a firearm as they were chased.

Frimpong, Lawrence and Noor were chased, detained and arrested by officers at the scene.

The driver, Christophe, was able to evade capture but he handed himself in to an east London police station a few hours later at 21:50hrs. He admitted to the station officer that he was driving the vehicle.

Officers searched the abandoned vehicle and surrounding area and found two semi-automatic firearms – one inside a rucksack on the front passenger seat and one on the floor near to the car, which the man had discarded earlier. Both weapons, 8mm modified hand guns, were loaded and one had the hammer cocked to fire.

A balaclava along with a box containing plastic latex gloves were also recovered.

During their interviews, all four denied knowing anything about the firearms. They were all subsequently charged the next day.

Detectives carried out a number of enquiries and identified Robinson as the fifth occupant of the car. He was arrested on Tuesday, 23 April 2019 and charged the next day.

“I have no doubt that the firearms recovered would have been used to cause serious or even fatal injuries in the hands of those convicted or others.

“I would like to thank my team, supported by firearm officers, for their dedication and commitment in removing illegally held firearms from the streets of London. Both firearms were loaded and thankfully police action on the day prevented them from being discharged.” 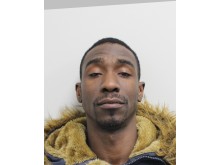 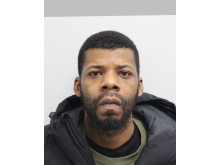 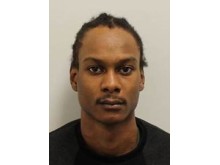 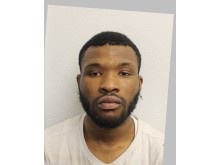 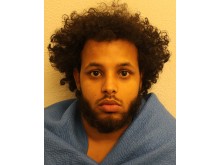 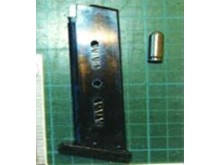 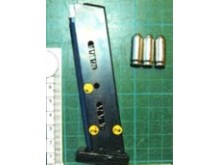 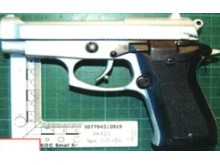 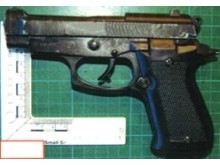