A murder investigation has been launched following the death of a father-of-two, 15 years after he was brutally attacked in Acton.

Rajesh Verma was assaulted by a group of up to eight men, close to the entrance of Acton Park, opposite Birkbeck Grove, W3, on 31 August 2003.

As a result of the attack, which involved the use of a set of garden shears found nearby, Rajesh, aged 42 at the time, suffered severe brain damage.

A full police investigation was carried out in 2003, but no suspect was arrested or charged.

Rajesh was treated at hospital before being discharged. However, he was left with a number of ongoing health issues due to the damage caused to his brain by the stab wound to his head.

In 2015, he had a major heart attack, which resulted in a lack of oxygen to his brain that further complicated the existing damage. This rendered him unresponsive and unable to move or speak for the last 18 months of his life.

Rajesh also suffered from epilepsy as a result of the stab wound and broke his hip in 2017 during a fitting episode. He died on 27 May 2018.

A special post mortem took place in June 2018 and a pathologist concluded there was a causal link between the assault in 2003 and his subsequent death.

A verdict of unlawful killing was recorded at an inquest held at West London Coroners Court on 28 November 2019.

The case has now be classified as a murder investigation and enquiries are being carried out by homicide detectives from the Met’s Specialist Crime Command.

A £20,000 reward is being offered for any information that leads to the arrest and conviction of Rajesh's killer.

Detective Chief Inspector Noel McHugh, leading the investigation, said:
“The attack on Rajesh involved ferocious violence by a group of men, one of whom, stabbed him in the head with a set of garden shears found near the crime scene.

“We believe Rajesh was attacked after he intervened in a dispute between one of his friends and another individual. The suspects are believed to be local to the Acton area and are likely to still be living there or have links to the area. All were described as being of East African appearance.

“This is a shocking crime and I’m in no doubt that people will have chatted and boasted about it. I need your call to identify Rajesh’s killer and that’s why we are offering a reward of £20,000 for information leading to the arrest and prosecution of those responsible.

“Rajesh’s family have not had any justice for 17 years and we are committed to solving this murder.”
Anyone with any information is asked to call detectives on 020 8785 8099 or contact Crimestoppers, 100 per cent anonymously, on 0800 555 111 or crimestoppers-org.uk

Rajesh’s wife, Roma Verma, said the aftermath of the attack had a huge impact on the family.
She said: “Our children were 11 and 13 when their lives were turned upside down. We chose to care for him at home in the way that he had cared for all of us.

“Each member of the family helped to care for him. He was unable to think, move, talk or walk, but we still felt he could feel our presence and persevered. He required 24-hour assistance and we gave it. We watched him in the same position day after day. Life was all about him, but we all had hope.

“The assault 15 years before, was random and unexpected. His assault left a huge gap in our hearts and continues to do so. His generosity and love for fellow humans did not deserve this. He was protective of the family but also of the vulnerable. He was a very popular man in Acton. Hundreds paid their respects at his funeral. There were friends and family but also homeless people, and local business people who he had helped tirelessly.” 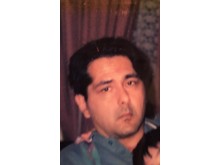 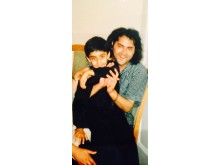