Following a number of warrants being executed on Thursday, 12 March, 14-people were arrested for drugs supply offences across Tower Hamlets.

Tower Hamlets Gangs Taskforce, worked in partnership with Tower Hamlets Council and local housing associations to arrest those involved in the supply of Class A and B drugs.

Codenamed Operation Continuum, the activity resulted in the seizure of large quantities of Class A drugs and cash.

Gold Commander for the operation, Detective Superintendent Mike Hamer, said: “Over the past two years we have been working tirelessly with Tower Hamlets Council and partners on Operation Continuum to arrest and prosecute those involved in the peddling of drugs in our community.

“The sale of drugs in London is intrinsically linked to the violence that we have seen play out on our streets. By putting drug dealers behind bars, we hope to see the violence reduce.”

A total of 20 warrants were executed in the Mile End area.

Det Supt Hamer, added: “High visibility patrols will be taking place across the affected areas following this morning’s arrests and officers will be engaging with local residents and businesses to answer any questions and provide reassurance.”

John Biggs, Mayor of Tower Hamlets, said: “We know that our residents are concerned about crime, especially drug dealing and taking, which is why we conduct these partnership operations to disrupt local drug markets.

“I am committed to making Tower Hamlets a safer borough, and with the police we will continue to conduct these operations, targeting those intent on breaking the law.”

Those arrested were taken into custody at east London police stations.

To support vulnerable individuals with substance misuse issues who may be affected by this morning’s warrants, Tower Hamlets Council have placed a mobile community safety van near Mile End tube station. Together with outreach workers from Safe East, the council are in the area to help individuals access support services and listen to any local concerns. 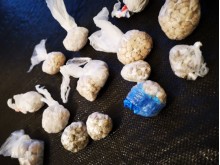 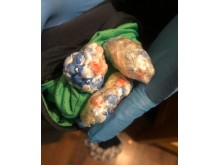