Two men from Brent have been sentenced to a total of 17 years for their part in a series of knifepoint robberies following an operation by Central West Crime Squad.

Detective Constable Tony Holley, who led the investigation with Detective Constable Paul Gaffney, said: “Buchanan and Joseph are very dangerous men who clearly thought nothing of terrifying and threatening the victims with knives in order to steal their property.

“The fact that they planned the crimes and identified their targets before following them, on occasion a considerable distance, to outside their homes only makes their behaviour more chilling. In the last robbery of the series they went so far as to threaten to stab the victim having pulled out knives. The outcome could have been even more horrific had the victim continued to resist.”

A group of four men, including Buchanan, approached the victim brandishing what is believed to have been a knife and attacked him, taking him to the ground, punching and kicking him repeatedly before stealing his £50,000 Rolex and making off from the scene.

Buchanan and his accomplices followed the victim as he made his way back to his home address in Croydon via a taxi.

As the victim got out of the taxi, Buchanan and his two friends approached him and demanded he hand over his watch before fleeing from the scene in their vehicle. The victim told officers that the suspects were armed with knives.

The third robbery took place on 26 April, 2019. It was reported that at approximately 02:25hrs the victim, a 19-year-old man was beaten to the ground and robbed on Regent Street by a group of men including Buchanan. He told officers that approximately four or five men punched and kicked him and then took his £7,000 Rolex.

On his journey to Acton his car was followed by Buchanan and Joseph who approached him as he got out and brandished a knife and a machete in order to make him hand over his watch. Joseph then ripped a £1,200 gold chain from his neck before they ran to a car and drove away.

The final robbery took place three days later (8 August 2019). A 44-year-old man, who was wearing a £12,000 Rolex watch, had been on a night out in Berkeley Street, Mayfair. He had been spotted by Buchanan and Joseph when he got into a taxi and was driven to St John’s Wood.

The taxi was followed by the two men to Wellington Road where the victim got out. Both men ran up to him and pulled him down to the ground trying to force the watch off his wrist. The victim tried to escape but was overpowered and threatened with knives produced by Buchanan and Joseph.

The victim handed over his watch and they made off in a car.

On 14 August 2019, Buchanan and Joseph were seen by police in Buchanan’s vehicle in the Hampstead area before getting out and covering their faces and following members of the public from the tube station late at night.

On 4 September 2019, they were again seen slowly driving around the West End and exiting the car with their faces covered and watching people. The car was stopped by police officers and, despite the men trying to resist police efforts to detain them, they were arrested for conspiracy to rob.

In the vehicle were balaclavas, a knife, the tracksuit that Buchanan wore for the August robberies and a Rolex from another robbery in August.

Further clothing from the robberies was found during searches at their addresses as well as more than £5,000 worth of Class A drugs at an address in Isleworth used by Buchanan.

They were both charged on 5 September 2019 in relation to the robberies. Buchanan was also charged with Possession with Intent to Supply Class A Drugs.

DC Holley concluded: “This has been an outstanding collective effort by the Crime Squad and I am pleased these two men are now off the streets for a significant amount of time.

“We’ve been able to update the victims, who have all been affected by this at varying levels, with the good result and it will be some time before they feel less vulnerable simply enjoying a night out as is their right.”

Buchanan pleaded guilty to conspiring to commit robbery at Southwark Crown Court on 18 November 2019 albeit disputed the Crown evidence of two of the offences within the facts and accepted guilt of those offences at court during a hearing today (Thursday, 12 March).

He pleaded guilty to the drugs offences at an earlier hearing.

Joseph was found guilty of the conspiracy by a jury on Monday, 9 March.

Buchanan had also pleaded guilty regarding an incident in Hatton Garden on 6 April 2019 where he had been arrested with Joseph in possession of a knife.

HHJ Grieve said: “I have no doubt these robberies were extraordinarily frightening for the victims on whom they will have a long term impact. There are a large number of aggravating factors where you targeted individuals for their expensive watches. There was a significant degree of planning where you travelled for several miles following them to their homes to carry out the robberies. The sentences must reflect the safety that the public deserve.” 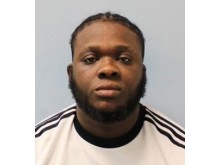 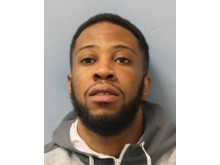 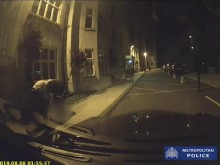