A 16-year-old boy charged with the murder of Damani Mauge in Croydon has appeared in court.

The teenager, from Mitcham, was arrested on Sunday, 15 March.

He was charged with attempted robbery and possession of an offensive weapon in a public place.

He appeared at Croydon Magistrates' Court on 17 March and was remanded in youth custody.

A provisional date for his next appearance has been set for 31 March.

A post mortem took place on Tuesday, 10 March. The cause of death was a stab wound to the chest. 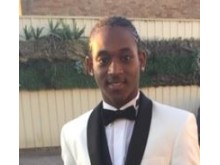