Two teenagers who stabbed a young man to death in an unprovoked attack and then celebrated afterwards with a ‘fist bump’ have been jailed for a combined total of 27 years.

On Thursday, 5 March, at the same court they were sentenced as follows:

William Haines was sentenced to 17 years imprisonment for murder and possession of points and blades.

A 17-year-old male from Hounslow was sentenced to 10 years imprisonment for manslaughter and possession of a bladed article.

Detective Chief Inspector Rob Pack, from Specialist Crime, who led the investigation, said: “This was a savage and callous attack where a young man was set upon in the street and lost his life in a matter of seconds. To this day, the motive for the killing is unclear. Both defendants clearly felt they could carry and use knives with impunity. That they congratulated themselves with a fist bump and smiles having so brutally taken a life is beyond comprehension.

“Today’s conviction brings justice for Yusuf and his family and, again, highlights the Met’s determination to tackle the scourge of knife crime.”

On 26 June 2019, 18-year-old Yusuf Mohamed, from the Hammersmith area, was walking with friends along Uxbridge Road in Shepherds Bush.

Haines and the 17-year-old happened to be at a bus stop on Uxbridge Road when Yusuf walked by on the opposite side of the road.

For no apparent reason, the two crossed the road towards Yusuf, and as they reached the pavement, Haines took out a large knife.

Seeing the imminent attack, his friends ran off but Yusuf did not appear to be aware of what was happening until it was too late.

Haines was the first to reach Yusuf; he had removed a knife from his waistband and he used it to stab Yusuf in the chest, with the knife entering his heart.

While Haines was attacking Yusuf, the 17-year-old took a knife from a rucksack and even though Yusuf was seriously injured and had fallen on the floor into a shop’s doorway, he advanced on him.

Yusuf was trying to get away, desperately crawling backwards into the shop on his elbows, but the 17-year-old stabbed Yusuf in the thigh as he lay helpless and defenceless on the floor.

Both the attackers ran away, tucking their knives back out of sight, and as they did so, CCTV recorded them on Willow Vale giving each other a congratulatory ‘fist bump’ to celebrate achieving what they had set out to do.

Police and the London Ambulance Service were called at 21:20hrs, but despite all the efforts to save him, Yusuf died at the scene at 22:03hrs.

No reason for this horrific attack was ever found and there is no evidence to suggest that Yusuf had ever met his killers. There was no argument, and Yusuf was not involved in gangs or criminality. He was not carrying a weapon.

An immediate investigation into Yusuf’s murder was launched by homicide detectives from Specialist Crime.

By speaking to witnesses and tracking CCTV, detectives found the route the suspects had used to flee the scene.

Haines and the 17-year-old ran into nearby Wormholt Park, W12, and a search by police dog Yomper Bear found a bag containing a knife.

After examination of the DNA found on the knife, it was linked to the 17-year-old and Yusuf.

At about 06:00hrs on 30 June 2019 - four days after the murder - a man was walking his dog in Wormholt Park. His dog went into the bushes, and came out carrying a knife in a sheath. DNA found on the knife and sheath was later linked to Haines and the victim.

As a result of the investigation, both were arrested at their home addresses. Haines was arrested on 30 June 2019 and the 17-year-old on 1 July 2019.

Both were interviewed and the 17-year-old declined to answer any questions while Haines denied being involved. Both were charged with murder on 2 July 2019 and were remanded in custody.

Until shortly before the trial, both defendants denied their involvement, with each of their defences being ‘it’s not me, you’ve got the wrong man.’

However, on 18 December 2019, the 17-year-old admitted it was him on the CCTV and he pleaded guilty to possession of a knife and manslaughter on the first day of the trial on Monday, 6 January – but he did not plead guilty to murder with which he was charged because he said that he only intended Yusuf to be caused something less than really serious injury.

The prosecution did not accept the guilty plea of manslaughter and so his trial went ahead.

On the first day of the trial, Haines also had a re-think and admitted that it was him on the CCTV. He admitted that he stabbed Yusuf but said he ‘could not remember it’ because he’d ‘had a drink.’ The prosecution and the jury did not accept this and as a result, Haines was also convicted of Yusuf’s murder. 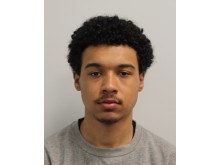