Two burglars from east London have been jailed.

The two men who committed separate burglary offences which were investigated by the same officer were both were sentenced on Monday, 23 March, after pleading guilty.

O’Shea operated in Tower Hamlets and was responsible for a burglary on 15 September 2019. He was arrested in east London on 25 February 2020 and charged the same day.

He was charged with burglary of a dwelling (theft), dangerous driving, failing to stop for police, driving otherwise than in accordance with a licence and driving without insurance.

O’Shea has also been disqualified from driving for three years and will be required to take an extended driving test.

Watson operated in Hackney and was responsible for a burglary on 3 January, 2020 during which he stole £200. He was arrested on 13 January 2020 and charged the next day.

PC Ashton said: “It is very important that our communities know that we are still out there catching criminals during these difficult times and I’m pleased that we’ve been able to secure guilty pleas for both O’Shea and Watson.

“O’Shea was caught after being seen driving erratically during the early hours of 25 February by traffic officers on the A12. A lengthy police pursuit began in the Redbridge area where he was found hiding in gardens, having been tracked by helicopter and the dog unit.

"He was arrested for the driving offences and then came up as wanted for the burglary last year, during which he stole three expensive bicycles from a residential flat.

“Watson was forensically linked to the burglary in Hackney by his fingerprints, while a footprint and footwear that were recovered and linked to him also proved crucial to the case.” 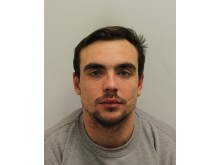 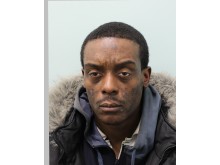