Two men have been convicted of the murder of Bright Akinleye in Camden in February 2019.

Oliver Petts, 30 (04.01.90) of no fixed address, pleaded guilty to manslaughter during the trial.

All three will be sentenced at the same court on Thursday, 26 March.

On the night of his death, Bright had been filming a promotional video for a drill music track with a rapper he managed, when he was violently attacked.

Detective Inspector Jamie Stevenson, from the Met’s Specialist Crime, said: “This violent murder stemmed from several people being involved in taunting on social media. It seems incomprehensible that this behaviour could lead to someone so young losing his life in such brutal circumstances.

“Bright fought, and then ran for his life, after being cornered by the defendants. Despite getting away from his attackers, and receiving first aid from officers and paramedics, he died without his family being able to say goodbye.

“Throughout our investigation and the trial, the defendants denied any involvement, even when the evidence so clearly placed them at the scene. The jury has seen through their excuses and rightly convicted them.”

At approximately 22:45hrs on 18 February 2019, Bright walked into a hotel on Euston Street in Camden suffering from stab injuries. Officers attended along with the London Ambulance Service but he was pronounced dead at the location at 23:31hrs.

A post-mortem examination carried out the following day found the cause of death to be a stab wound to the leg.

They established that earlier that day, Bright had been part of group, including Ceesay and Petts, who were filming a promotional video. The day had started in a studio in Deptford before relocating to a flat in Euston.

At about 22:40hrs, a group of men – one of whom had a large knife – attacked Bright inside the flat.

Despite suffering from a number of stab injuries, Bright was able to wrestle the knife away before running to a nearby hotel where he collapsed and died. This knife was found next to him, and was later confirmed as having inflicted the fatal injuries. DNA found on the knife linked it to Brewster.

As detectives continued to investigate the night’s events, they found that Bright had previously been involved in a feud with several others which had included both parties posting messages on social media. These featured incidents where people were assaulted or taunted.

On the night of the attack, Petts, and Brewster – who was not involved in the video – drove to the Euston area before entering the flat. A short time later, Bright was stabbed.

The people who were in the flat were quickly identified by detectives.

CCTV enquiries allowed officers to track Petts’ Mercedes from south London to Euston, placing him in the area at the time. The car was found a month later at a breaker’s yard in Kent.

Mobile phone analysis also put the defendants in location. It discovered that a number of phone calls had been made in order to co-ordinate the assault.

Ceesay and Brewster were arrested on Wednesday, 20 February 2019; Petts was arrested a week later. All three were charged and convicted as above. 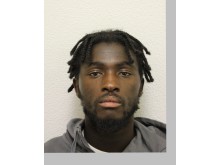 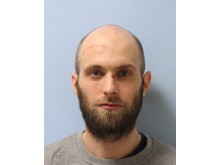 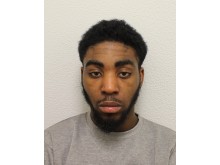