The attack happened in summer of last year, and left the 18-year-old victim with multiple stab wounds.

At Croydon Crown Court on Wednesday, 5 February, Lewis West, 18 (04.05.2001) of Waverley Gardens, Ealing, was sentenced to 11 and a half years in jail after pleading guilty to section 18 wounding.

He was also sentenced to three years for violent disorder and 14 months for possession of an offensive weapon, to be served concurrently with the above.

Mason Bird, 20 (08.01.2000) of Old Lodge Lane, Croydon was sentenced to six years and nine months after pleading guilty to section 18 wounding, three years for violent disorder and 14 months for possession of an offensive weapon, all to be served concurrently.

The court heard that on Thursday, 11 July 2019, West and Bird set out with 19-year-old Kye Manning – who died following the incident – to attack an 18 year-old man in Croydon.

Armed with large knives and a sword, the three men ordered a taxi to Brighton Road where they located their victim and ran towards him.

The 18-year-old was stabbed four times and attempted to flee the scene, but was chased by his three attackers. During the course of the incident, Manning was stabbed.

He collapsed at the scene and despite the efforts of emergency services, died at around 21:50hrs.

West and Bird quickly fled, but Bird returned soon after with his mother and was arrested by officers.

West was identified via CCTV and was located hiding at his cousin’s house on Thursday, 1 August, by which time he had cut off his long hair to disguise his appearance.

The 18 year-old managed to escape and flee to a nearby address where an ambulance was called. He was taken to hospital and has since recovered from his injuries.

DNA on the handle of a knife found at the scene proved a match to West, while Snapchat videos showed them making threats of violence towards their victim, saying they would come to his area in order to stab him.

Detective Chief Inspector John Massey, who led the investigation, said: “It remains unclear why West and Bird set out to attack their victim but there was clearly a personal dispute between the parties.

“This was a pre-mediated and brutal attack which took place in broad daylight and in clear view of members of the public who witnessed these terrifying events.

“When their friend was fatally stabbed, they did not try and help, rather they left him on the street to die.

“The events of that night illustrate the dangers of carrying a knife and we would urge anyone who has information about someone carrying a weapon to come forward or call Crimestoppers anonymously on 0800 555 111.”

+ If you have information that could help keep your community safe but do not want to speak to police, please contact the independent charity Crimestoppers on 0800 555 111. They do not ask your name and cannot trace your call or I.P address.

Any young people who have either information about violence or any type of crime can visit www.fearless.org where they can pass on information anonymously – your I.P address will not be traced. Fearless is part of the Crimestoppers charity, and is also independent of the police. 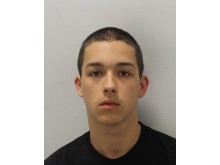 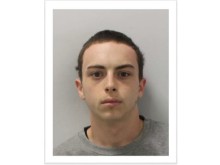