Counter Terrorism Police are reminding the public to remain vigilant and always report anything suspicious as two men await sentencing for publishing terrorism-related material on an extremist website.

They will both be sentenced on Wednesday, 12 February, following their convictions in December 2019.

Ahad and Kamali recorded and transcribed extremist speeches which they would then prepare for uploading to the website. A significant number of these speeches glorified terrorist organisations such as Al-Qaeda and Daesh and encouraged both the support and act of terrorism.

The pair came to police attention in 2016 when CTPNE investigated a 20-year-old woman who shared terrorism-related documents on the website and on a linked Facebook page (she was convicted in 2017 for dissemination of a terrorist publication).

During this investigation it was discovered Ahad and Kamali were administrators who had edited and published a number of these and other documents on the website.

Working together, the Met’s CTC and CTPNW led investigations into the two men. Both were simultaneously arrested on 1 March 2017 in a coordinated operation.

They were interviewed and bailed pending further enquiries. A search of their home addresses recovered a number of digital media devices which identified that Ahad and Kamali had been the website administrators.

On 21 June 2018, Ahad was further arrested for possession of an article from a terrorism propaganda magazine which gave instructions on how to assemble an AK47 automatic rifle. Again he gave a no-comment interview and was released on bail.

On 10 July 2018, Ahad was charged with four counts of Section 2 Terrorism Act (TACT) 2006 (dissemination of a terrorist publication) and one count of Section 58 TACT 2000 (possess a document or record likely to be of use to a terrorist).

On 9 August 2018, Kamali was charged with seven counts of Section 2 of TACT 2006 (dissemination of a terrorist publication).

Following a trial, Ahad was convicted on 10 December 2019 on all the counts of terrorism for which he was charged. Kamali was convicted on the same day of four counts of dissemination of terrorist publications on the internet. The jury could not reach a verdict for the other three counts.

“The Met works with other police forces and security services to provide a counter terrorism network, both at home and abroad, whose strength and effect is continually felt by those who conspire to commit acts of violence and terror.

“The capture and conviction of these two peddlers of harmful, extremist material was as a direct consequence of that network. We quickly identified the two offenders in different parts of the UK as online publishers of toxic ideologies which promoted terrorism and encouraged its readership to join Daesh in Syria.

“We take the dissemination of this type of material incredibly seriously and we will prosecute anyone involved in such illegal activity.

“Police rely on information from the public and I would remind everyone to remain vigilant and report anything suspicious to police, whether that be online or in the real world.”

“This is a culmination of hard work and dedication across several Counter Terrorism Policing teams, all based in different parts of the country. I hope this reassures the public that we are unified in our approach to tackling this form of hatred and remain absolutely committed to putting a stop to the incitement of violence and terror in all of its abhorrent forms.

“I hope this sends a clear message to those thinking about engaging in such warped, criminal behaviour whilst hiding behind a computer screen - we will identify you, we will find you and ultimately, we will bring you to justice.

“I would also like to take this opportunity to remind members of the public that they are often one of our biggest advantages in combating the threat of terror. So, if something doesn’t seem quite right, please get in touch with us - communities defeat terrorism.”

Every year thousands of reports from the public help police tackle the terrorist threat. If you see or hear something that doesn’t seem right, trust your instincts and ACT by reporting to police in confidence at gov.uk/ACT or 0800 789 321. In an emergency always call 999.

Reporting won’t ruin lives, but it could save them. Action Counters Terrorism.

Remember, in an emergency, always dial 999. 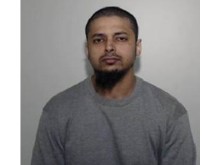 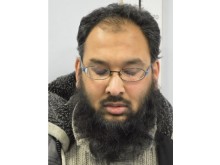