Siobhan Collins-Grant, 26, (22.5.1993) of no fixed abode, pleaded guilty to the manslaughter of Sahkira Loseke on Thursday, 12 March at the Old Bailey.

On Friday, 13 March she was sentenced at the same court to eight years’ imprisonment.

A murder investigation was launched after police were called at 23:13hrs on Sunday, 8 September 2019 to reports of a stabbing in Belmont Street, Camden.

Officers attended and found Sahkira, 22, suffering from a stab injury to the chest. Despite the efforts of emergency services, she died at the scene.

A post-mortem examination held on Thursday, 12 September revealed cause of death as a single stab wound and that the weapon had caused trauma to her aorta and heart.

Detectives established on the evening of the incident, Collins-Grant had visited an address she had been living at in Belmont Street to collect some belongings.

She had taken a group of female friends with her and Sahkira, along with two other women, had turned up at the property at the same time.

The incident took place outside a block of flats after a disagreement broke out between the two groups of women, who were known to each other.

Collins-Grant however, had not had any direct interaction with Sahkira before the attack.

Witnesses described how she ran towards Sahkira, threw a punch and used both hands to stab her in the chest with a knife.

After Sahkira fell to the floor, Collins-Grant ran off thn briefly returned to the scene and was heard to say: “What have I done?”

However she then picked up the knife and left again, before making her way to Regents Canal and throwing the weapon – which was recovered by police – into the water.

Collins-Grant surrendered herself to police on Thursday, 12 September and the following day was charged with murder and possession of a knife, or a bladed / pointed article in a public place.

Enquiries revealed some weeks prior to the fatal attack, Collins-Grant and Sahkira had been involved in a confrontation in a nightclub.

In a statement read in court by Sahkira’s family, her mother said: “I would like the person that killed my daughter to know that she has ruined the life of every single member of my family. She will be able to get on with her life, when this is all behind her. I will never be able to get on with my life, the loss of Kira has left a huge hole in my heart. I am devastated by what has happened, completely destroyed.”

Detective Inspector Perry Benton, Specialist Crime North, said: “This was a completely senseless act of violence which has led to another life lost to knife crime.

“Sahkira was very much loved by all her family and friends and had her whole life in front of her which has been cut short by the actions of Collins-Grant. A seemingly minor dispute between the defendant and victim has seen Collins-Grant take extreme action; in an attack which took place so suddenly and without warning that the victim had no time to defend herself.

“The guilty plea made by the defendant is thanks to the hard work of the investigation team for building a strong case.

“I would like to pass on my thanks to the family of Sahkira for all their assistance and understanding during this horrific period in their lives which no parent should have to go through.”

The Met will continue to work tirelessly to identify and pursue offenders, help bring perpetrators to justice, take weapons off the street, support victims, engage and reassure the public, and keep our communities safe.

We ask the public to remain vigilant and if you see any suspicious activity, have any concerns, or have any information about suspected criminality, please call police on 101. In an emergency always, dial 999.

Community intelligence can be used to great effect to not only detect, but also prevent crime. Please help us to keep London safe.

If you don’t want to speak to the police, contact Crimestoppers on 0800 555 111. They are a totally independent charity and you remain 100 per cent anonymous, they never ask your name and they cannot trace your call, your IP address or device you use. Alternatively, visit their website https://crimestoppers-uk.org/.

Advice and support is also available through organisations including Knife Free: https://www.knifefree.co.uk/get-help-support/ and www.met.police.uk/stopknifecrime. 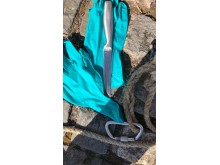 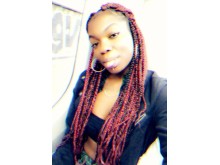