At a Mynewsdesk event for PR professionals last week, top speakers from Edelman, CNBC and Stroke Association gave their thoughts on how to create compelling content. Here we summarise some of the key points.

Starting the evening’s presentations was Edelman’s head of influencer Philip Trippenbach, who gave the audience an inside view of Edelman’s content creation processes as part of its integrated performance engine. 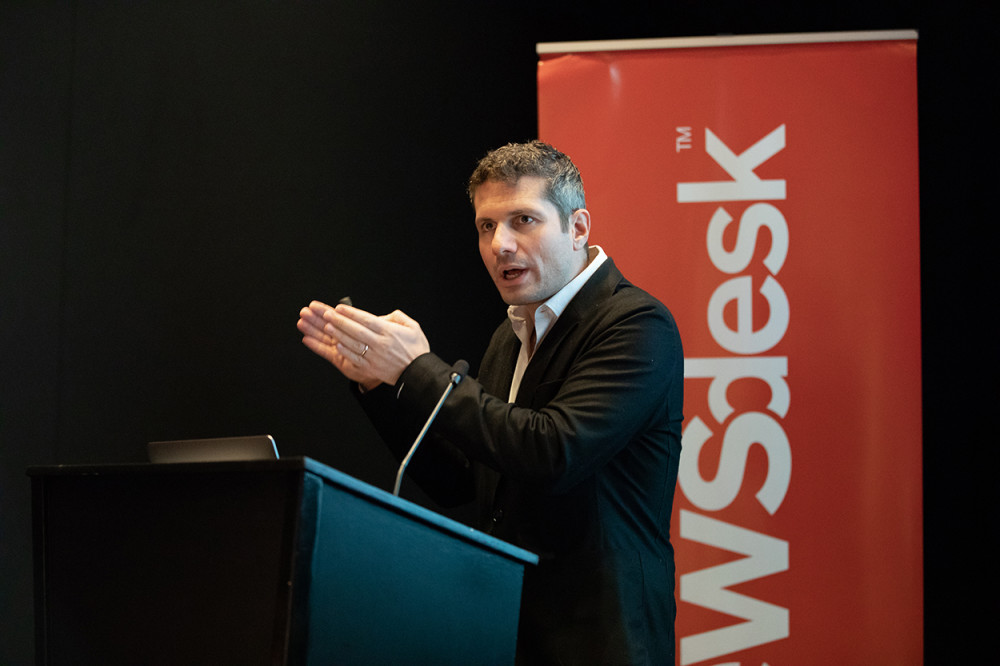 In order to maximise the success of campaigns, Philip stressed the fundamental importance of understanding how your audience thinks and who they are. “It’s a truism that in order to communicate effectively, you need to understand who you’re trying to reach.” To help do this, Edelman uses two in-house social intelligence tools: AiMEE scrapes data to understand the psychological profile of a specified audience, while Starview Constellations identifies relevant influencers who can “go out and move the needle” for you.

Citing Hövding’s innovative airbag bicycle helmet and Asics blackout running track for the mind campaigns, Philip proceeded to explain how Edelman uses a ‘culture first’ approach to creating content. “In order to come up with an idea that really moves people, it needs to be based in an audience truth, a brand truth and a cultural truth.” These truths add weight to the campaign by aligning the audience’s sensibilities across three indisputable facts.

He went on to present the Edelman Cloverleaf™ distribution diagram, highlighting three different content publisher groups. Aside from brands distributing via their own channels and via the media, Philip put particular onus on influencers to help give social validation to content. He explained: “Influencers are different from media because influencers are defined by the fact that their audience has a relationship with a person and not with an entity.” 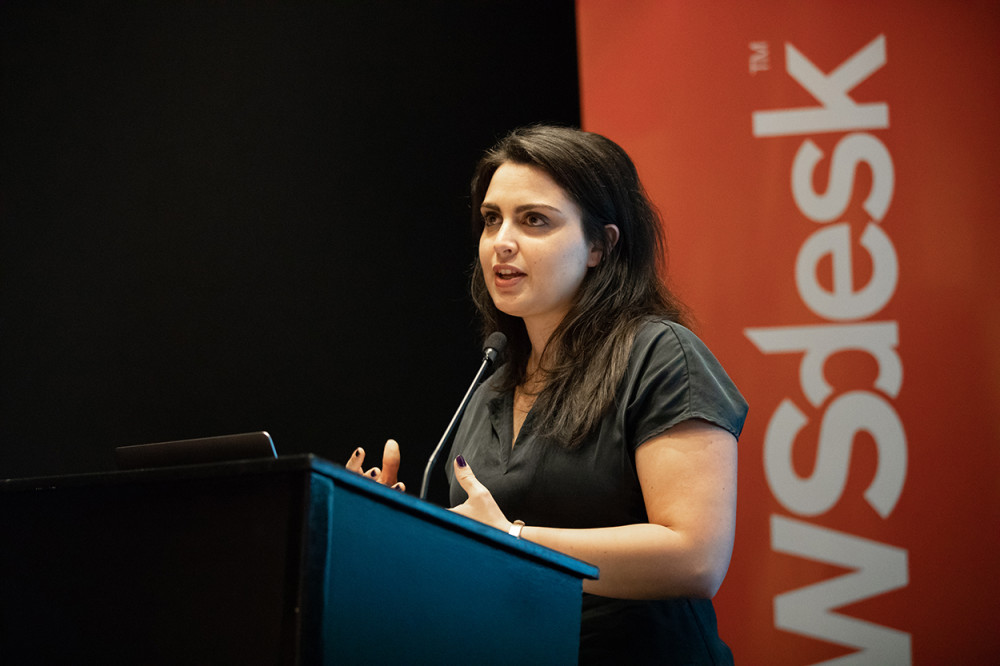 CNBC: the brand, its audience, the content that resonates most

Cristy Garratt, CNBC’s head of digital video and social media, took to the podium next to give an insight into how it creates compelling content. Straight from the off, she made it clear that no one topic gets precedence in a pitch.

“We always put our audience first. We’re a brand that has been around for nearly 30 years now, and we take the trust of our audience very seriously. Because of that, it’s really important to fit not only with our audience but within segmentations of our audience.”

Talking about CNBC further, Cristy went on to elucidate on the scale of its audience; as the world’s number one business news and financial network, it’s available to 410 million homes worldwide across 162 countries, and is consumed by 301 million people each month. As to why CNBC gets so much exposure, she said: “Our success has drawn upon access and providing actionable insights to the world’s biggest influencers.”

CNBC’s digital channel doesn’t just aggregate its interviews and daily news offering, but also creates a lot of custom-made content. With the digital audience presenting a younger demographic than its television audience, Cristy highlighted the importance of providing different types of insights that are more relevant, such as its video series CNBC Explains and Life Hacks Live. The latter showcases influencers talking about their careers, their life journey and what they’ve learnt along the way, marrying their experiences with the aspirations of CNBC’s online audience.

Despite CNBC’s strong history as a television network, it remains flexible to take alternative approaches to meet the needs of its different audiences. “What’s really important is knowing who you are and staying true to that, but also not being afraid to evolve with the times.” 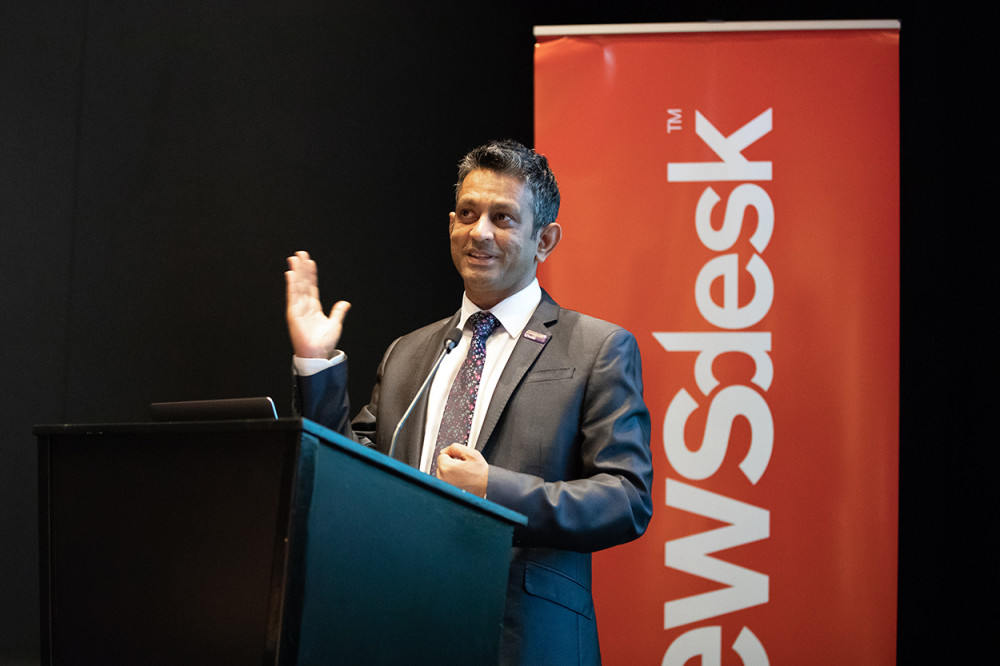 Last to address the audience was Anil Ranchod, Stroke Association’s deputy director PR & comms. Anil spoke candidly about the pressures and challenges of working for a UK charity, highlighting successful campaigns and talking about the value that good content can bring to an organisation.

One of the challenges – which many PR and comms professionals would agree with – is limited resources. “It doesn’t get any more limited than nothing” quipped Anil. However, having a platform to be able to make content accessible, to be responsive to enquiries and to push out campaigns efficiently has helped them greatly. Since his appointment, Anil has helped increase Stroke Association’s coverage by 76%, with content putting stroke survivors front and centre rather than the ‘speaking on behalf of’ approach that was employed previously.

Talking through the successes of Stroke Association’s ‘Not just a funny turn’, ‘A new era for stroke’ and ‘Make May purple for stroke’ campaigns, Anil explained the pressures around having your message taken seriously by the public and the government alike. To ensure maximum effectiveness, Anil emphasized the importance of having content fit for purpose, that relates to everyday life and that states a company’s position. “We use our content to bring people on board and challenge perceptions.”

The industry puts a huge onus on PR and comms professionals to prove the value of their work, but here we can see true value… not of the monetary kind, but the value inherent in saving lives and affecting positive change in society. Rather poignantly, Anil concluded on the importance of Stroke Association’s work: “At the end of the day, if we don’t get it right with our content, we don’t cost people their bank balances, we cost them their lives.”

For the full audio recording and presentations from our speakers, click the resource links below.

Mynewsdesk is the Nordic region's leading platform for digital PR and communication, with about 5,000 customers and 77,000 users. The cloud-based service includes media monitoring, news distribution, and PR analytics. The company was founded in 2003 in Stockholm. Since 2008, Mynewsdesk is a part of the Norwegian media group NHST Media Group AS.