Smith Cooper are pleased to announce the promotion of Michael Roome to Partner in the Business Recovery and Insolvency team (“BRIS”).

Having joined Smith Cooper in 2010, Michael has been with the firm for over 8 years, and has extensive experience in the industry, dealing with a number of large and complex issues across both the corporate and personal insolvency arena.

Dean Nelson, Head of BRIS at Smith Cooper comments “Michael has been instrumental in the growth of our business, and prides himself on his strong technical and commercial ability.”

“Michael has played a pivotal role in establishing and expanding our presence in the East Midlands market, winning work consistently in a challenging and competitive arena. I personally wish Michael every success in the next stage of his career and congratulate him on his well-deserved promotion and achievement.”

On his appointment, Michael comments “I am naturally delighted to be joining the Partnership of such a long established and prestigious firm, which not only continues to strive for growth, but holds the interests of its clients and connectors at the very core of its business.

We have already grown to be one of the pre-eminent teams when it comes to offering advice and support for distressed and underperforming businesses. The current market continues to challenge everyone, and with so much uncertainty in the economic climate, we need to ensure that our offering remains as strong as it is, whilst also playing an integral part in Smith Coopers’ continued success.”

Having started a career in Insolvency in 1996, Michael passed his Joint Insolvency Examination Board exams in 2017, becoming a qualified Insolvency Practitioner. Michael has now obtained his practising licence and has recently taken his first appointment.

Smith Cooper’s BRIS division are going from strength to strength and have established a highly reputable presence in the both the local and national marketplace, bolstered by their recent shortlisting for two prestigious TRI industry awards, namely Insolvency Team of the Year and Rising Star of the Year (Connor Gratton, Insolvency Administrator).

The BRIS team have undertaken an array of notable assignments in recent years, including the turnaround of children’s charity, Children’s Links, the successful sale of Ilkeston FC Limited, and the Administration of Formal Affairs Weddings Limited.

Smith Cooper is one of the largest independently owned and preferred accountancy and business advisory firms for owner managed businesses across the Midlands. The firm specialises in providing intelligent, efficient and cost-effective bespoke advisory services to both corporate and individual clients. Smith Cooper has six offices across the Midlands including Derby, Birmingham and Nottingham.

Prior to publication, it must be approved by Smith Cooper. 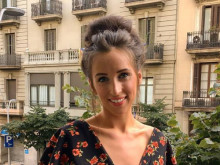 The Business Recovery and Insolvency division of Midlands Accountants and Business Advisors, Smith Cooper, are delighted to announce that Director, Michael Roome, has obtained his Insolvency Practitioner licence. 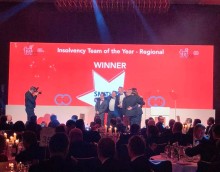 One in every 401 UK adults entered personal insolvency during 2018

In 2018, over 115,000 individuals were declared insolvent due to unmanageable debt, an increase of over 16% from the year before, and the highest figure for 7 years.

Smith Coopers’ award-winning Business Recovery and Insolvency team have been ranked one of the top 100 Insolvency Practices in the UK.

Bodnant Welsh Food Centre (BWFC), established in 2012, is a multi-award-winning, multifaceted Food Centre which showcases the very best of Welsh food, including fresh and locally sourced meat and dairy products, and offers the best seasonal food and drink from in house specialists to local artisan producers.