“The passing of Sultan Qaboos of Oman, who ruled the country for nearly half a century, has left the Gulf without one of the its most neutral rulers. Regional tensions between Qatar and its neighbours, and rivalry between the Sunni states and Iran, have made the region’s interrelations highly volatile and Oman was a mediating presence ; it offered a kind of neutral territory where everyone could come to potentially iron out their differences. Just how unique Sultan Qaboos’ diplomatic style was in the region may become clearer if his successor, Haitham bin Tariq Al Said, ends up taking sides in the competing rivalries that crisscross the Gulf.

“Obviously, Oman is itself plagued with many of the same problems as its neighbours in terms of shortcomings in the legal system, corruption in the government and law enforcement, and lack of protections in human rights and freedoms. But Qaboos was a mild ruler compared to, say Mohammed bin Salman or the government of Bahrain. His response to protesters during the Arab Spring were largely positive, if merely symbolic; we did not see serious crackdowns against activists. While the country is deeply conservative and religious, Oman has been seen as one of the most tolerant in the Gulf, with the basic rights of citizens generally respected.

“It was Qaboos’ impartiality in foreign relations that made his regime significant in the region, and I hope that Haitham bin Tariq Al Said will carry on in that role; particularly as tensions with Iran become heightened, and while countries like the UAE and Saudi Arabia are increasingly belligerent in spreading their influence. Having an unbiased player in the Gulf is crucial, and Qaboos fulfilled that need. My hope is that the next government will preserve Oman’s neutrality and commit itself to greater reforms in the country to increase freedoms and improve human rights.” - Radha Stirling 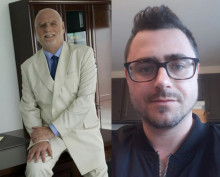 Alexis Gauthier appeals to Sultan of Oman to send his father home, after being arbitrarily detained in the UAE for 18 months. 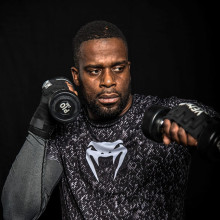 French national Christian Elombo should be honoured for his role in helping Sheikha Latifa escape ‘years of abuse’ in Dubai; instead he is on trial in Oman for allegedly transporting the princess across the border. Human rights groups, led by Detained in Dubai call for his immediate release 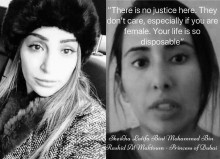 Radha Stirling, CEO of Detained in Dubai and UAE country expert witness, spoke with Hind Al-Bolooki from detention in Macedonia, pledging to help her secure freedom from abuse and provide expert testimony for her asylum application.

Only reform in Saudi can lead to Khashoggi justice

Having now passed 100 days since the brutal murder of Jamal Khashoggi by a Saudi hit squad in that country’s consulate in Istanbul, the question remains; will there ever be justice for Jamal Khashoggi?

​Saudi Arabia announced a cabinet shuffle today that saw Foreign Minister Adel Al Jubeir ‘demoted’, though not altogether removed, and replaced by former Finance Minister Ibrahim Al Assaf. Many have commented that this change is little more than a damage-control PR maneuver by MBS to distance himself from the murder of Jamal Khashoggi; but that may be a superficial analysis of the move. 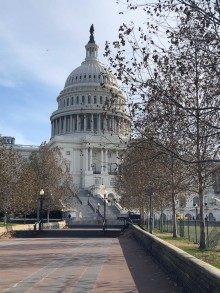 Detained in Dubai founder and CEO, Radha Stirling, leading international expert on Human Rights and legal abuses in the UAE, will be speaking in Washington D.C. at the Frontiers of Freedom conference entitled, “Saudi Arabia & UAE: Regional Adventures & US Interests”. Other speakers at the event include Senator Rand Paul, Congressman Gerry Connolly, and the foundation’s president, George Landrith