Radha Stirling, CEO of Detained in Dubai, issued the following statement on behalf of British citizen Tony Camoccio and his family about his arrest in Egypt

“As most observers are aware, the human rights situation in Egypt has been deteriorating rapidly and severely over the past 7 years, as the country has descended into a virtual police state. Abuses by security forces have escalated, with the police and armed forces operating with almost complete impunity. There have been documented incidences of torture, forced disappearances, and deaths in custody; between 500-700 people have been ‘vanished’ by security forces since 2015.

“With the government ordering waves of mass arrests amid an ongoing crackdown on dissent, the country’s jails are overflowing and the court system has an enormous backlog which has led to rapid trials that pay little to no heed to due process or standards of evidence. We are extremely concerned about Tony’s safety, as he is being detained in one of Egypt’s most notorious prisons. Briton Laura Plummer, who spent 13 months in the same facility, said "At one stage I thought, 'I must be dead and this is hell'."

“Already, Tony has faced bullying and harassment from guards in the prison who, because of the charge of sexual assault against him, have been hurling insults at him and using homophobic slurs. He has not yet reported suffering any physical violence, though it is unlikely he would reveal it to his family if he had; Tony has reported that he can hear the screams of fellow inmates nearby who are being beaten or tortured. The cells are overcrowded, without flushing toilets, in conditions former inmates describe as squalid and primitive. There is no heating, and for the first few nights of his incarceration Tony was even without a blanket in the freezing cold cell.

One former inmate reported about the conditions, “It’s normal to be cursed, stripped naked, beaten with a bar, or put in solitary confinement or the “tank” (a pitch-black 3.5m x 5.5m cell). They might also torture another prisoner in front of you’.

“The whole experience is so utterly distressing that when Tony was taken to court for the initial hearing, he was shaking too severely from trauma to even speak.

“When the incident occurred, Tony himself demanded that the CCTV footage be reviewed to exonerate him of the allegation; he simply patted the airport security guard on the back in a friendly gesture after passing through the mandatory pat down. The view from the camera, however, was blocked by other people in the queue, so it proved inconclusive. But the mere fact that Tony was certain that the footage would clear up the misunderstanding is itself sufficient to prove that the charges are false.

“We are in touch with Tony’s MP,. Paul Scully, who has been in communication with the family, and urge the FCO to intervene with all urgency to ensure that Tony will be released as soon as possible. According to Egyptian law, he should have been released after four days, but we understand his detention has been extended pending an investigation. It was suggested to the family that Tony could simply apologise to the security guard who brought the charges, but no meeting has been arranged to make that happen. The family is meeting tomorrow with the prosecuting judge, and we hope that the Egyptian authorities realise that this case is entirely without merit, and that all of Great Britain and the international media are watching. Tony brought his family to Egypt for a holiday; something Egypt has been particularly keen to induce Westerners to do amidst the country’s sinking economy. To subject an innocent man to such a traumatic ordeal when he came to the country as a tourist is absolutely outrageous, and certainly sends a signal to anyone else considering traveling to Egypt that they should divert their holiday plans elsewhere.” 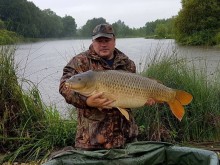 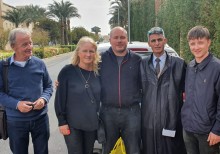