Khalaf Al Habtoor, a household name in Dubai, is lesser known in the US despite having teamed up with the Hilton Group in the States and internationally. Not a stranger to scandal, last year, Al Habtoor attracted criticism for his immediate and outspoken defense of Saudi Arabia in the wake of the murder of Jamal Khashoggi, having published several video rants on twitter, and calling for a boycott of companies that distanced themselves from Saudi Arabia. Had his comments whitewashing state-sponsored assassination reached potential customers of Al Habtoor’s President Abraham Lincoln Springfield hotel in Illinois, he may have faced a boycott of his own.

But Al Habtoor’s views on political violence are not the only reason for unease.

Last year, the Hilton Group was informed by Los Angeles resident and US citizen Mr Khoury, that Al Habtoor was party to litigation in US courts and that there was evidence of his son, Mohammad al Habtoor providing false identification to underage girls in Las Vegas. As is so often the case with allegations, the investigation has been frustrated because police have been unable to locate any of the young girls allegedly procured by Al Habtoor’s son.

Mr. Khoury and Al Habtoor have been at odds since 2014, when Khoury had warned Khalaf Al Habtoor about a man named Fidelio Cavalli, whom Al Habtoor’s son had hired as a driver. Cavalli was an ambitious man, and had used his position to gain favour with the elder Al Habtoor and his associates; even befriending Prince Harry. According to the Times, Prince Harry and Fidelio spent several days together, partied on a private yacht, followed by a polo match and an F1 event in Abu Dhabi.

Khoury says he was reliably informed that Cavalli, who had a reputation for being a “party-boy”, had been involved in chartering a plane that was seized in the Canary islands with over $70 million of cocaine onboard. Khoury shared this information with Al Habtoor to protect his reputation and that of his son.

Following his meeting to warn Al Habtoor, Khoury received two abusive and threatening voicemails from Cavalli, whom Al Habtoor had presumably informed about Khoury’s concerns. Khoury had reason to take the threats seriously, so immediately booked a flight out of the UAE. He then discovered he had been inexplicably listed on Interpol’s database, apparently upon Khalaf Al Habtoor’s request. “In hindsight, it seems that Al Habtoor had known about Cavalli’s activities all along,” Khoury said.

Once safely home in the United States, Khoury cooperated with US law enforcement to provide information pertaining to Cavalli’s role in what had come to be known as “Cocaine Flight 9H-FED”.

For their part, the British Royal Family issued a statement through a Kensington Palace spokesman saying Prince Harry and Mr Cavalli “met when they both attended two of the same events during a weekend last year. There hasn't been any contact either before or after that."

Khoury and his legal team contacted Dubai Police HQ respecting the abusive voicemails, a criminal violation under the UAE’s own laws that regularly see Western expats jailed. The police were extremely supportive of pursuing the case to prosecution, particularly given the recorded evidence Khoury still possessed. However, once they realised that Cavalli was associated to Al Habtoor, they chose not to pursue the case. Khoury stated, “Once more, it seems that corruption and social influence prevail over justice in the UAE.”

“It is extremely disturbing that people are prosecuted in the UAE for far lesser offences; such as US citizen Jordan Bradford who was detained over a private and less offensive WhatsApp text messages to his ex wife; but police won’t even investigate serious abusive and threatening voice recordings from Cavalli. This selective enforcement of the law, highlights just how prejudiced the UAE is against Westerners, how discriminatory and how open to influence, coercion and corruption, the UAE’s law enforcers are. This predictably volatile environment makes the country extremely dangerous to investors, expats and tourists,” commented Radha Stirling, CEO of Detained in Dubai.

Khoury added “The UAE reported me to Interpol despite having committed no crimes, but when I reported the threats and abuse from Cavalli, they ignored it. Later, Cavalli put a photo of himself on Instagram with the middle finger, tagging me in it and bizarrely then reported me to Dubai police for a cybercrime violation, telling them that I was the person in the photo, even though I am twice his age and look nothing like him. The police accepted it and this is the kind of legal system foreigners submit to when they visit the Emirates!”

Evidence, including WhatsApp texts, photographs and videos have been submitted to US authorities to investigate allegations that Al Habtoor’s son Mohammed supplied fake IDs to underage girls in Las Vegas, a serious criminal offense in the United States.

The Hilton group was advised of the same, but have not provided comment to date.

“When foreigners invest in the United States; buying companies and properties; the public have a right to know what kind of people these investors are. The people of Springfield, Illinois deserve to know the serious multiple scandals allegedly tied to the Emirati owner of the Abraham Lincoln Hotel in the heart of Lincoln’s own hometown; a hotel built largely with taxpayer money. I suspect that most people would feel uneasy about someone allegedly linked to drug trafficking, procurement of young girls, police corruption, threats, intimidation, and someone who defends political violence,” Stirling said. “Habtoor called for a boycott of American companies, despite being an owner of an American company; he opposed any accountability for the killers of Jamal Khashoggi; and he is accused of making violent threats himself against a US citizen. The allegations against Mr. Al Habtoor are grave, and suggest involvement in, or at the very least, enabling of, criminal activities in the United States, victimizing American citizens, including Mr. Khoury. He may be able to avoid prosecution in the UAE, where he exerts political and economic influence; but the United States, and the American public are not so easily swayed.”

Khoury is continuing to pursue justice through the US courts.

Andre Gauthier's nightmare continues despite being found innocent in all cases he appealed. 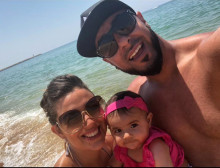 After giving his personal details to a company in Dubai while applying for a job, Atif Khalique’s identity was stolen to obtain loans and credit cards; debts for which Atif is now being prosecuted in the UAE

The newly introduced messaging App, ToTok, created by the UAE and downloaded by millions of users worldwide is being used by the Emirates' government "to track every conversation, movement, relationship, appointment, sound and image of those who install it on their phones", according to a New York Times investigation.

British veteran Andrew Neal has been acquitted by an Abu Dhabi court of baseless drug charges after over a year in prison.

​AFP to receive reform advice from Australian Interpol expert Radha Stirling in wake of criticisms over procedures that led to Hakeem Alaraibi’s arbitrary detention in Thailand.

Dubai has announced new measures that claim to both clarify the emirate’s rules, and ease restrictions for tourists. Risks remain almost the same for Westerners