Radha Stirling, CEO of Detained in Doha and Due Process International has issued an urgent appeal to authorities for the release of three vulnerable individuals who have been held in the country for years.

“The families of Australian national Joseph Sarlak, and Brits Jonathan Nash and Ranald Crook are beside themselves with worry for their elderly loved ones who are stuck in Qatar”, said Radha Stirling who represents those unfairly detained in the Middle East. “All three of the men belong to the most vulnerable demographic at risk from the coronavirus and are in danger of exposure in their current circumstances.”

71 year old grandfather Joe Sarlak has been held in Doha since 2016 with severe health problems and a lack of medical care over bounced cheque allegations from local Qatari business partners. “Joe, like many others, has taken the fall for others mismanagement of the business and been scapegoated by his local partners. Joe’s family already feared they would lose him in prison due to pre-existing medical conditions and a lack of proper care and now, with the spread of coronavirus, his family is expecting the worst”. Amnesty International joined Stirling in her campaign to free Mr Sarlak and although he was released from detention, he is still forbidden to leave the country. He is extremely vulnerable, has no income or medical insurance. 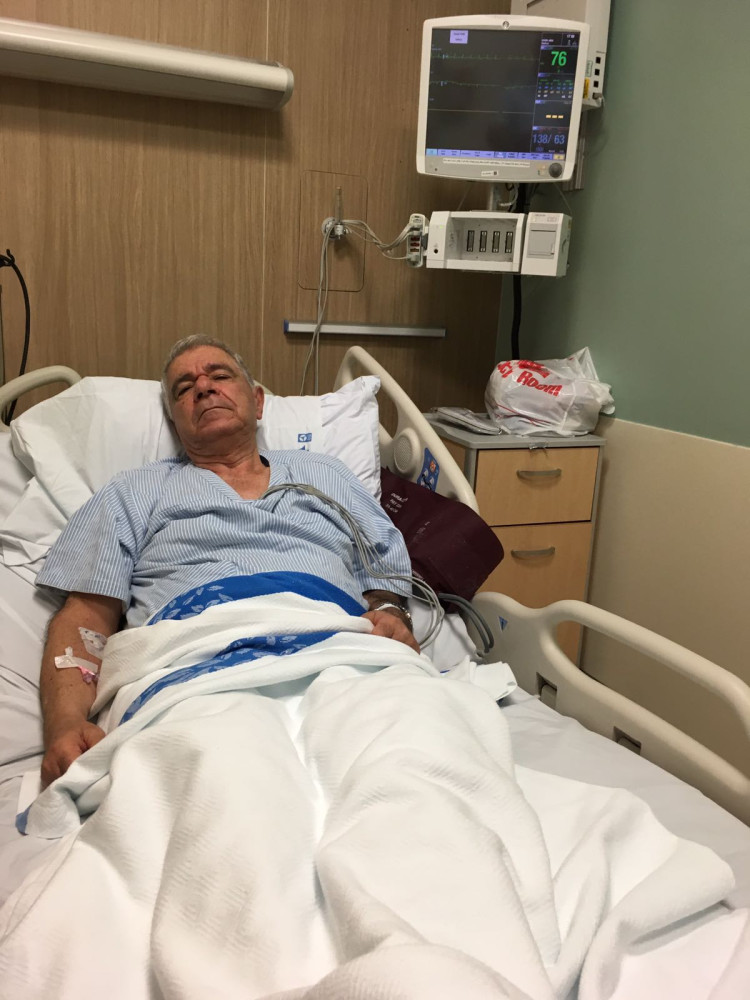 50 year old Jonathan Nash, like Mr Sarlak, was sentenced to 37 years behind bars in Doha’s notorious prison for bounced cheques he was not responsible for. Nash has been held in the most appalling conditions and is severely malnourished. “If there is an outbreak in prison, it is highly unlikely that prisoners will receive sufficient medical care which is substandard at the best of times. Doha, in keeping foreign nationals in prison, may very well end up responsible for the deaths of foreign nationals. Jonathan’s family has written to the Qatari ambassador to plead for their humane intervention”, said Stirling. 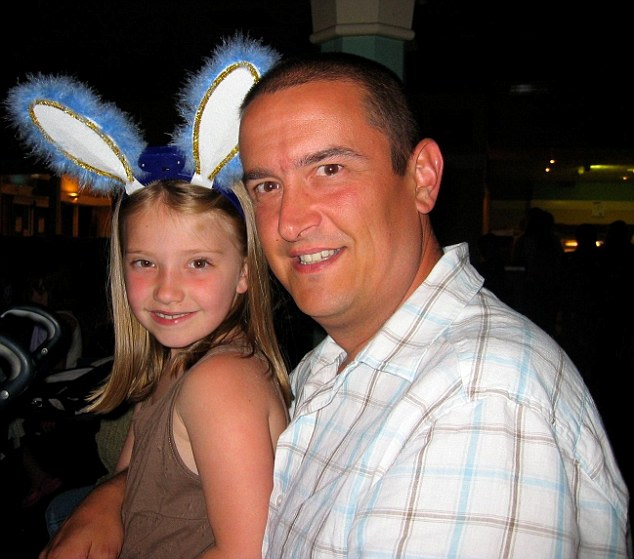 Jonathan Nash has languished for years in Dubai prison

British national Ranald Crook, a 73 year old grandfather has been held in Doha for the past six years as spiteful ex business partners mount cases against him. He managed to successfully defend case after case, but there is nothing to stop the influential Qataris from abusing the system with repeat complaints. Ranald’s wife Marie said “We have already suffered so much. Ranald could not return home to England when his parents became sick and died and he has not even met his grandchild. We are so fearful that we will never see him again. If he gets the virus in Qatar, this could easily become a reality. I beg the Qatari authorities to please show some humanity and let our loved ones come home!” 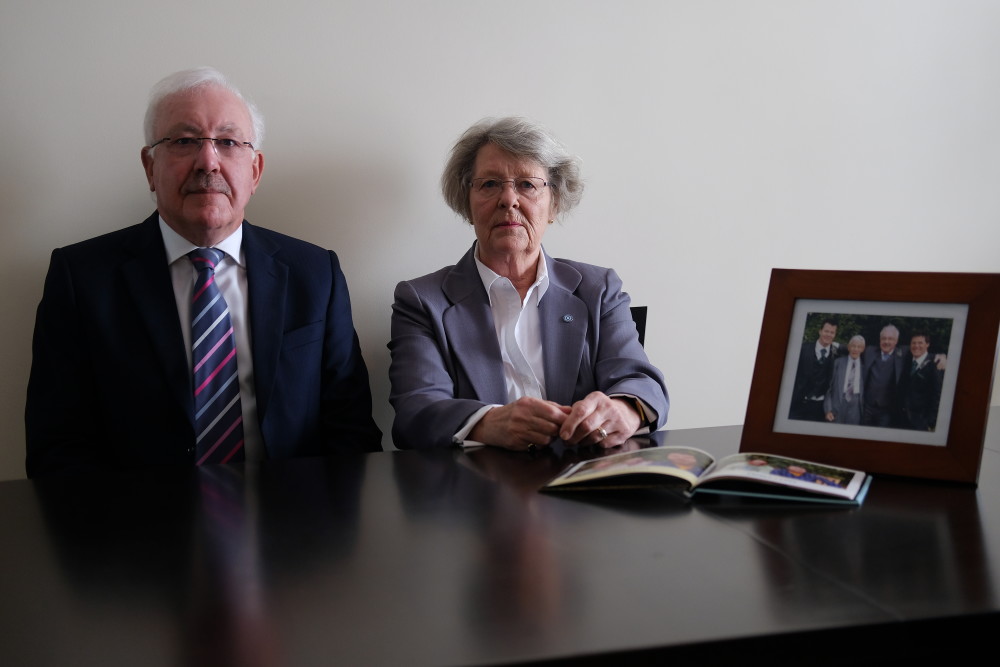 Ranald and Marie Crook.  Ranald has already lost his parents while in detention.

“These men, along with many other elderly expats unfairly held in the Gulf, as well as those with preexisting health conditions, are absolutely in peril from possible exposure to the coronavirus, without access to proper medical care and far from their loved ones,” Stirling said, “The government of Qatar needs to facilitate their return home on compassionate grounds immediately. As we have seen, there is no time to waste, the virus is spreading exponentially, and disproportionately impacting people over the age of 50. They need to be home, they need to be with their families, and that needs to happen now.”

Expats in Dubai should prepare for consequences of Coronavirus prevention measures

Repercussions for expats in the UAE from the country’s lockdown to prevent the spread of Coronavirus expected to be severe and impact their lives for years to come. 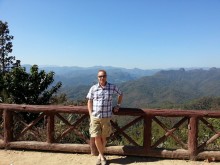 Since the beginning of June, British-Australian national Alan Stevenson has been living a nightmare. Stopped in the Prague airport while en route to visit his ailing mother in the UK, Alan was informed that his name was listed on Interpol, and he was abruptly arrested and thrown into prison.

Steven Williams trapped in Spain awaiting extradition proceedings that may result in a decades long prison sentence in Qatar over a debt he was paying; Qatar, like the UAE, using financial aid to Interpol to turn the organisation into a tool of debt collection 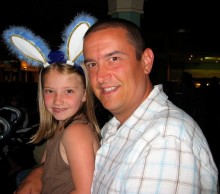 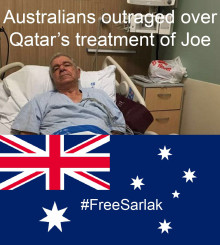 68 year old Australian national Joseph Sarlak may spend the rest of his life in a Qatari prison after a local partner allegedly embezzled his company’s funds, and Australians are voicing their anger 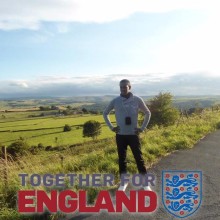 Following an extended telephone conversation with Ali Issa Ahmad's close friend in the UK, Radha Stirling, CEO of Detained in Dubai, has taken on the case of the young Briton jailed in the UAE over a Qatar football jersey.

Amnesty joins Detained in Dubai's campaign to free ​elderly Australian citizen Joseph Sarlak from Qatar. Despite being cleared of criminal cases, he remains in a filthy and overcrowded detention facility without access to urgently needed medical care. Sarlak is in constant pain and is at risk of death.

Qatar banks aggressive pursuit of debtors and misuse of Interpol as a pressure tool has raised human rights concerns.

An Irishman’s nightmare began when he was arrested in Spain after Qatar had issued an Interpol Red Notice against him. When he met Interpol & Extradition Expert Radha Stirling this year, he had no idea what the Interpol notice could possibly be regarding.