The quicker someone completes the long distance cross-country ski race Vasaloppet, the lower the risk of them developing high blood pressure. This is the conclusion of a new study conducted by researchers at Uppsala University published in the online scientific journal Circulation.

Uppsala University researchers have been comparing the health of 206,889 Vasaloppet competitors with that of 505,542 individuals from the general population over several years – studying parameters such as the risk of heart attack, stroke and depression – and have demonstrated that, in each of these, the cross-country skiers enjoy better health than the population at large. In this new study, researchers have investigated whether the risk of high blood pressure is affected by competing in long-distance races such as Vasaloppet.

The new study shows that the skiers had a 41% lower overall risk of developing high blood pressure than the general population. This implies that endurance training has beneficial effects for those seeking to reduce the risk of high blood pressure and may partly explain what has previously been seen: Vasaloppet skiers run a reduced risk of heart attack and premature death.

There is a very strong link between the time in which a competitor completes Vasaloppet and their risk of high blood pressure.

“The fastest 20% of skiers had a 61% lower risk of developing high blood pressure compared to the general population. The slowest 20% of skiers had a 26% lower risk, which is still a major reduction. It appears that the more highly intensive the training you do, the better it is for your arteries,” says Kasper Andersen, researcher at Uppsala University’s Department of Medical Sciences and cardiologist at Uppsala University Hospital.

“It may be the case that training causes the blood vessels to relax, reducing the secretion of the important hormone renin from the kidneys. Exercise also reduces the level of the stress hormone and improves the function of the innermost layer of cells in blood vessels. All of these are important factors in regulating blood pressure,” says Kasper Andersen.“One should always be cautious when interpreting these types of studies that investigate the relationship between various exposures and outcomes, rather than causes. It is therefore worth noting that it cannot be assumed that the entire effect is due to exercise; rather, part of the effect can probably be explained by the fact that those entering Vasaloppet generally have a healthier lifestyle, smoking less and consuming both less alcohol and fewer fatty foods.”

Vasalopp skiers run half the risk of having heart attacks (2015) https://www.uu.se/en/news-media/news/article/?id=5420&typ=artikel&lang=en

Vasaloppet, first held in 1922, is the world’s biggest cross-county ski race, attracting amateurs and professionals alike to tackle the 90 km course from Sälen to Mora.

The study of Vasaloppet skiers, which has been ongoing since 2011, is based on comparing pseudonymised health data collected from 206,889 individuals who competed in Vasaloppet between 1989 and 2010 with pseudonymised data from 505,542 individuals from the general population. 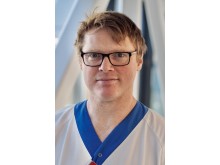